On the work front it’s been less busy so we’ve had a few days off that haven’t been complained about; I have no problem working ten plus days in a row, but when it comes to only packing melons for hours I get way too bored after not even ten minutes of day one. Sometimes it gets so boring that I sometimes start wondering, sometimes for hours on end, how much I don’t give a shit. Over the past few weeks, people have been outside in fields, picking and getting tans. On the melon farm, we’re just inside and getting muscly hands and fingers. Brilliant.

I set a date on when I’m getting out of here: 22nd June. The plan is to get a flight to Melbourne, take the weekend off, then start working again. I need to remember to let the hostel know that I’m leaving three days prior so that I don’t get fined $200 (surprise!). I’ve also set a date to go to Japan in August so I’ll be booking that when I’m out of here/

On Wednesday a group of us from the hostel went to see the new Pirates of the Caribbean film. It was pretty good but not as good as the first three. This coming week we’re off to see Wonder Woman and there’s a late showing of the film on backpacker night so even if we’re working till 8pm, we can catch it. We have to try and not get busted bringing our munchies from Coles into the cinema this time. 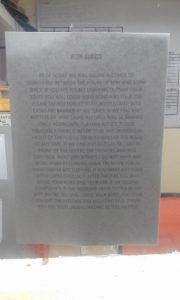 Also, the alcohol ban has been lifted after three weeks of it not being 100% kept to so now there’s a pretty empty crate of what was 30 beers under my bed. We went out to celebrate on Friday night after some drinks at the hostel and I only had an hour and a half’s sleep so work wasn’t much fun on Saturday. I now hold the title of the only melon packer who started in April who hasn’t been sick at work after a night out.

I’m hoping for no days off between now and day 88, and am applying for my second year visa in two weeks’ time. It’ll be a really, really good feeling when day 88 is over and done with. Although people say never say never, I’ll never be in a rush to work on a farm again.