On Monday I travelled down to Melbourne to watch the Australian Open. With me being 23 and built like an old woman I had to go and get my neck sorted out once again, so had to leave earlier than I would’ve liked. Since Mid-November I’ve worked six days a week and now I’m struggling to get out of bed at 2pm to get the 2.25 bus to work.

My ticket was for the Margaret Court Arena; the first game was the womens, Wozniacki vs Buzarnescu and second was the mens King vs Tsonga. As I was there early, I thought I’d go and find somewhere that sold Pimms, and it turns out that Pimms isn’t a thing during the tennis here. Absolutely distraught. So instead I had a beer and something to eat whilst watching one of the games on an outside screen.

Tomorrow I’m off work so I’m off to the tennis again – got a few good games including the Federer one. Since I moved here I’ve not been on a night out where I’ve written myself off so I’m really up for giving zero shits about how much money I spend tomorrow. 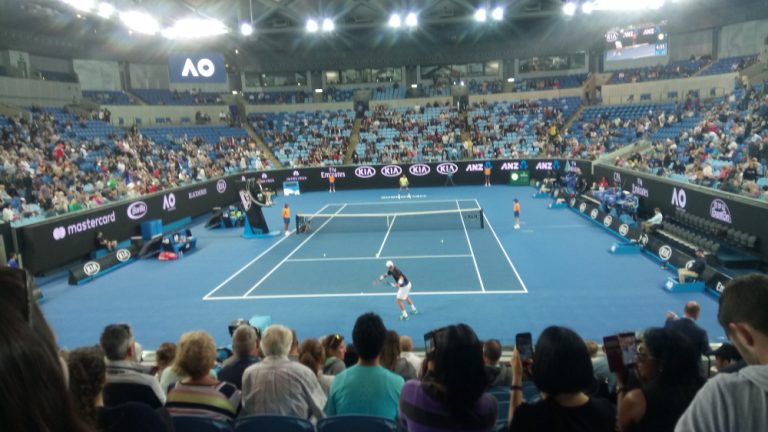 Work has been pretty much the same as the past few weeks – had a few busy days and a couple of days where it was so hot I don’t know how I managed to do eleven hours in the kitchen. It makes the UK heatwaves of 23 degrees look cute. Done a fair few hours too so I’ve not really had the chance to research a heap of Asia but think I’ve got a really good plan of what I’m doing in Australia soon. From the end of July this year I’m planning not to work unless it’s an opportunity that I can’t turn down until I’ve seen the world, which will be maybe more than a year and I can’t bloody wait.