Tuesday was the first day of my holiday which was spent in Alice Springs. On the bus to Melbourne Airport I saw a few people with all their paperwork neatly arranged, and that was when I came to the realisation that the only thing I had prepared was my flight ticket as Qantas had sent me a text message. I had a hostel booked which I didn’t know how to get to, so that reminded me to have a quick Google.

The flight was uneventful; I had the whole row to myself. Over the past two plus years of travelling I have become better at finding free food, a WiFi hotspot and a place to sleep. By connecting to the internet on the plane I qualified for three months free Netflix membership and I ate and slept.

Alice Springs didn’t really have that much to do, and to be honest I wouldn’t have chosen to come here had it not been the place to meet for the tour to Alice Springs. The Reptile Center here was worth visiting, but I didn’t do much else.

At 6am on Wednesday morning I met a group of people to go to Ayers Rock. It was a seven hour journey, advertised as five, with a stop off at a camel farm where we got to pet them and later, a servo that sold decent coffee.

After some lunch at the camp we set off for the Olgas, which is another rock around 40kms from Ayers Rock. It was around a 20 minute walk over rocks which I managed to do in flip flops, then the guide sat us down and explained the relevance of the place to us – it’s a sacred site for men, where the indigenous men get trained to prepare for adulthood and at some point get left there alone for a month to prove that they can survive. After that, we had a visit to the visitors center. 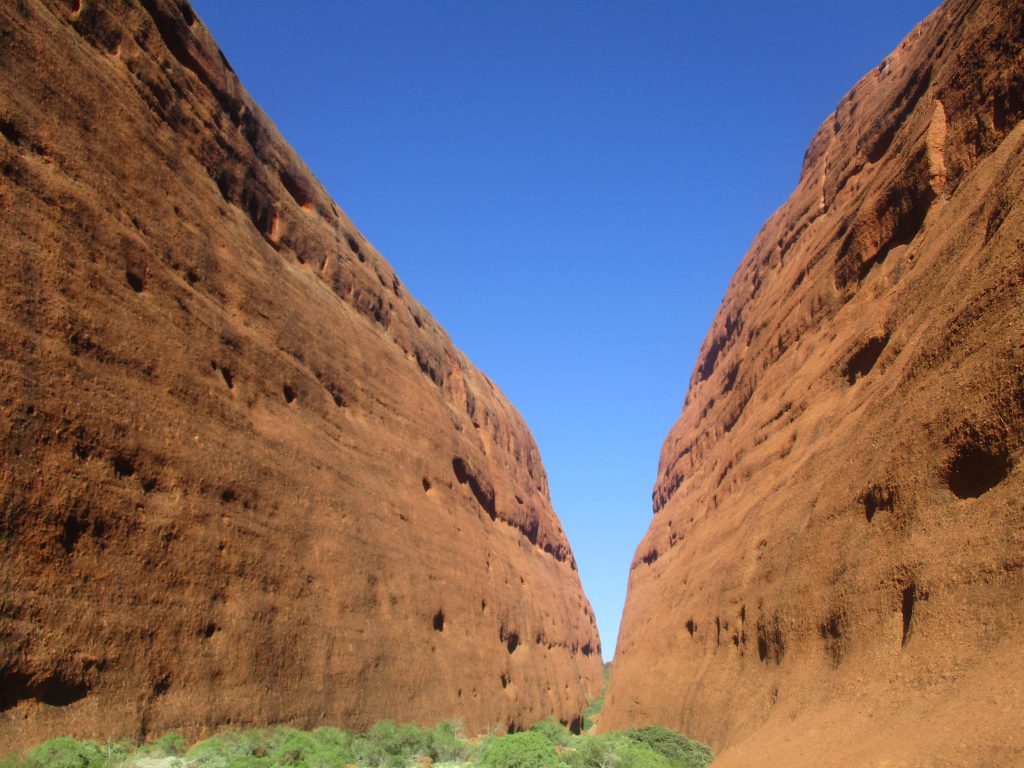 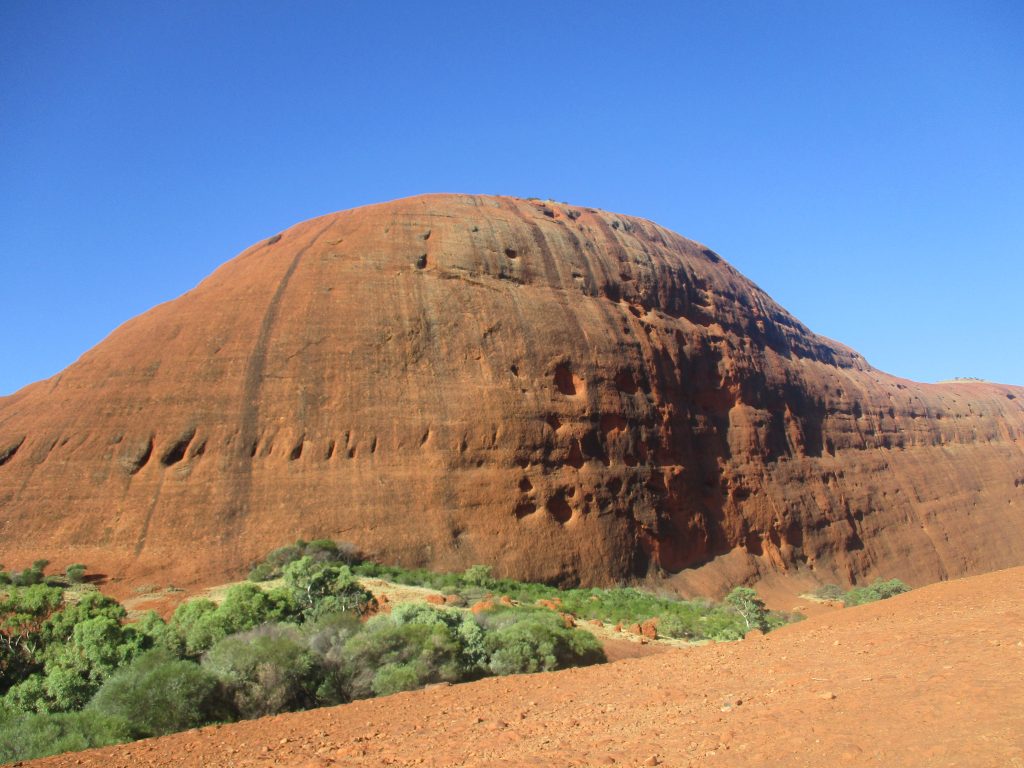 We went back to Ayers Rock for sunset. The proper thing to do is to have some champagne and have a picture in front of the rock. Well, our tour guide forgot the glasses so had to take some plastic cups from another tour company. I think it’s quite amusing because it just made us look like we had just come straight from a hostel with goon in plastic cups.

The following day we had a walk at sunrise around the rock which took over two hours – far longer than what I’d expected. Afterwards we had a tour with an indigenous man which was quite interesting – he explained how the people living there would make the land which is that hot sustainable, which is impressive when you consider how bloody hot it is there. As you can climb up Ayers Rock, which is well known to be a dick-move, he was telling us the reasons why they are closing the climb next year. Part of it is because it is a site of a great importance to them, but also it is a World Heritage site, and you can see from Google Earth that there is a path engraved on top just from people climbing up, and their point is that if it’s a World Heritage site then they should be sustaining it and not encouraging people to damage it.

Next, we made our way to Kings Canyon where it just pissed it down. In the desert. As it’s quite a dangerous walk, our guide was telling us that perhaps the walk would be cancelled. We went into our next camp and had camel for dinner.

This morning we started our walk at 6.30 up to Kings Canyon. Though it wasn’t the best weather and it rained a couple of times, it was probably drier than walking when it’s hot outside due to sweating. Probably not what most people would think but farming was sweaty business. 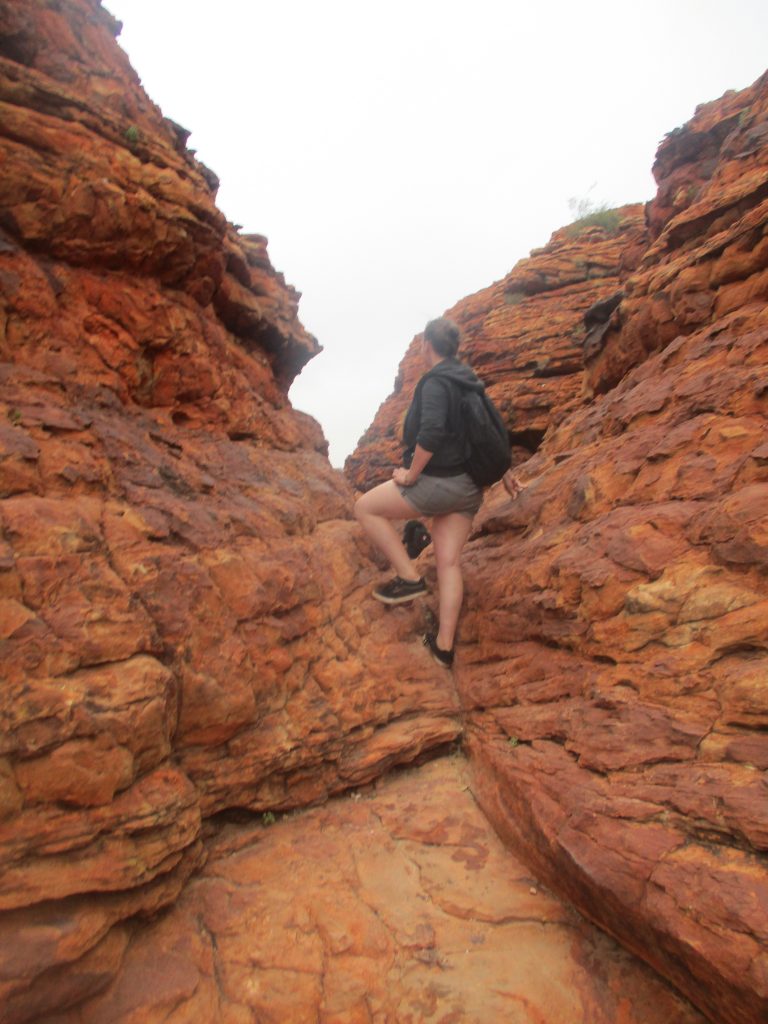 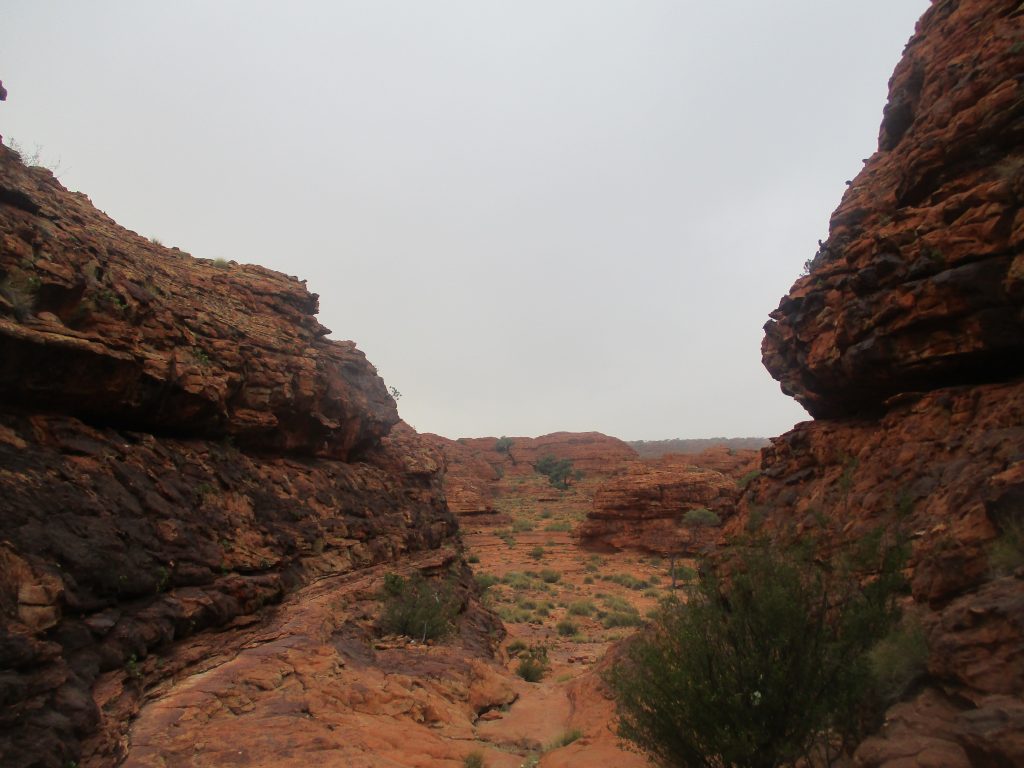 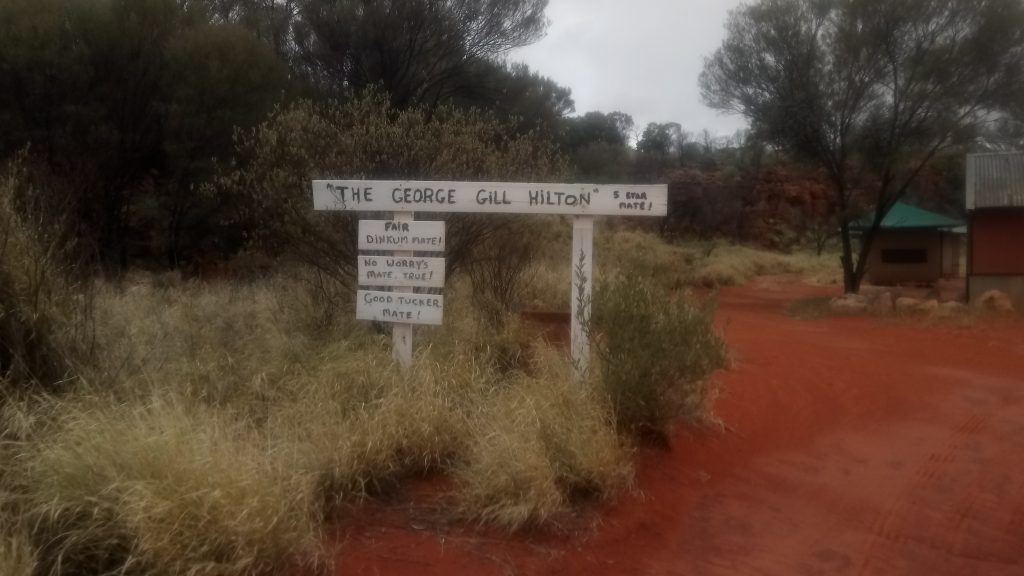 The walk took three hours then we made the long journey back to Alice Springs. There was an Australian lady in the car going to The Netherlands as part of a work trip so the Dutch people started teaching her some swear words.

Overall, I had a great time. I’m so glad that I chose this trip with the company, and had some great company over the past few days. The National Parks staff in the Northern Territory have done a great job in managing the tourism here too. In a lot of UNESCO sites I’ve been to, it’s just coaches being pumped out with people pushing their way to get the pictures, whereas here everything is managed so you can enjoy your time and learn about the culture.

Tomorrow, I’m off to Adelaide. I still need to book a room and a flight out of the city.