I decided to go to Dublin mainly because there were very cheap flights from Oslo. Once again, I manged to get seats in row 1 on the plane as I found out how to alter the seats on the check in machine at the airport.

Once in Dublin, I stopped off for some breakfast – I had been up since 2.30am afer having around 3 hours sleep, then walked around to find the Jameson Distillery before having a cheeky nando’s. With my stomach lined properly, I went on the tour of the distillery which was really well done. It was interesting to hear how it’s made as well as the differences between whiskeys made in Scotland and the USA – and got to compare them. What made it better was that the woman running the tour seemed to really enjoy her job. The tour ended with a whiskey, ginger ale and lime drink which was bloody good.

The distillery is pretty well decorated, and when/if I ever have my own house and throw a house warming party and you’re wondering what to get me, this chandelier will go down well: 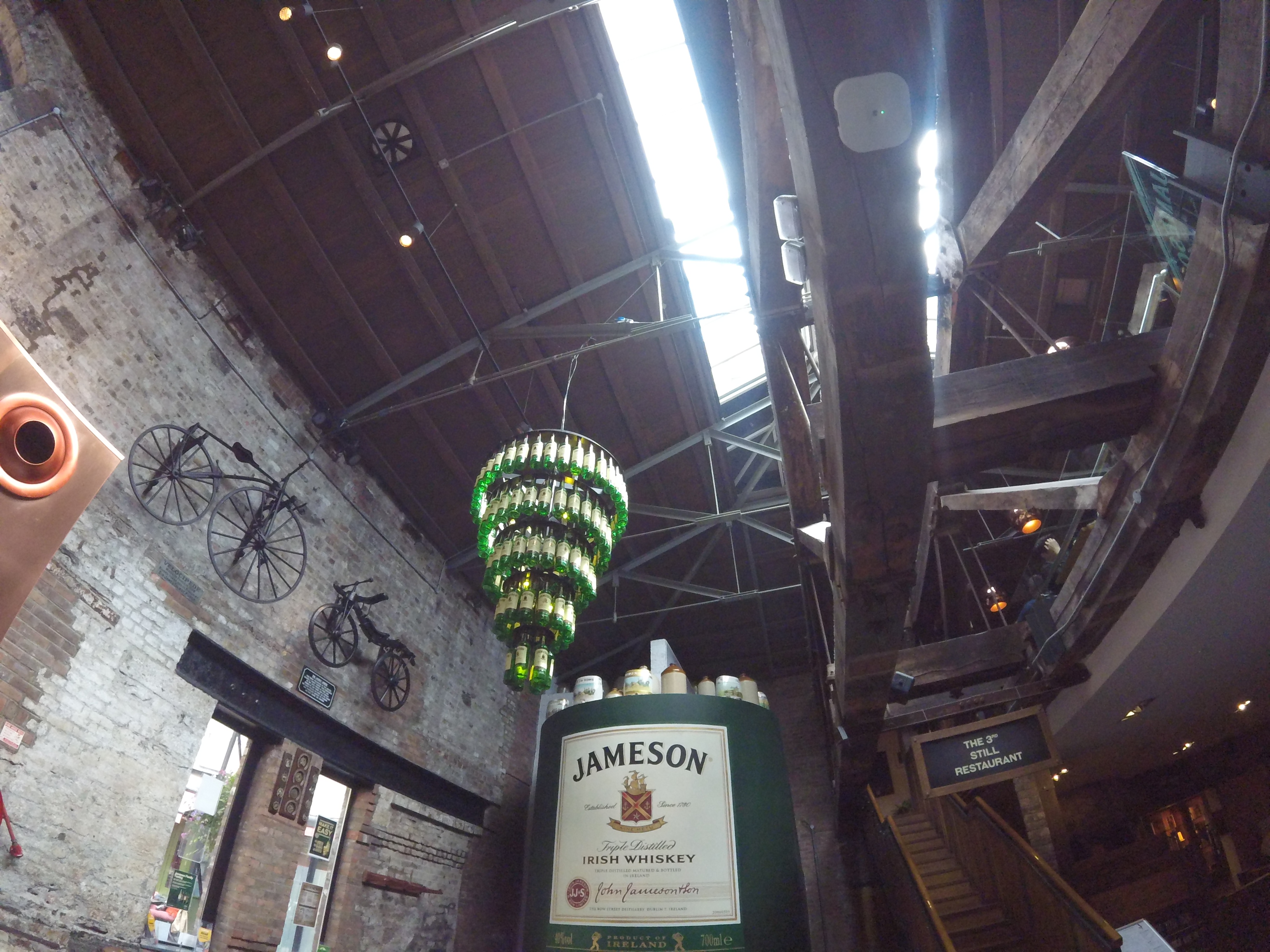 After, I just had a walk around. Trinity College had their graduation ceremony going on, and it’s weird to think that if I went to university, I could be gaduating now. I think I chose the better path. During the evening I made use of the hammock room in the hostel and watched some of Orange is the New Black as next week, back in England, I shall be taking out another Netflix free trial and will probably binge watch it at a rate that I shouldn’t be proud of.

Friday, I went to the Guiness Storehouse which wasn’t bad. It was miles better than the Heineken Experience in Amsterdam and also pretty interesting. The tour ended with a pint of guiness, but I did drink a fair bit of stout at a beer festival in Budapest and I think my liver remembered it a bit too well. After the storehouse I didn’t do much – it was on/off pissing it down all day, so after a bit of a walk I went back to the hammock room and read for a bit. The hostel was decorated pretty well, so there’s some pictures below.

Today I didn’t do too much- there isn’t that much touristy stuff to do that appeals to me here apart from the beer and whiskey stuff, so I went to the only working distillery in Dublin – Teeling. It was a pretty good tour, the person guiding us around was really enthusiastic about it and knew her shit about whiskey. It ended with a glass of whiskey and a cocktail, so I’ve had a liquid lunch every day I’ve been in Dublin. I got pretty lost on the way back to the city center, so I had a Starbucks to kill some time before heading to the airport.

Today has been my last day away on this trip, then in under a month I’ll be a trip that involves five flights in the space of a week and a half and though three continentswhich I’m so excited for. I’m just going to copy and paste my Facebook status:

Last June I decided I was going to spend most of this year travelling. At the end of January I quit my job, moved out of my flat and five months, 40+ cities and 17 countries later I’m in Dublin waiting for my flight back to England. I’ve had the best time, met some amazing people and have great memories, but at the same time I’m excited not to be sleeping in a bloody hostel for the next few weeks, and even more excited to go away again for even longer next month.