After a 3.5 hour journey over three different buses, I arrived in Granada on Thursday. It’s the first hostel I’ve stayed in on this trip that I haven’t gotten lost or had to turn around and go back somewhere, which I was amazed by as it’s been the one that’s been the biggest pain in the arse to get to.

Once I dumped my bags in the locker, I went out and had a look around. There are free walking tours every Friday at 4 and I thought it was Friday instead of Thursday, so I improvised and gave myself a walking tour up Sacromonte. It was a bit of a walk, but I think my body is starting to get used to walking everywhere. The view of the Alhambra from the top was awesome and for the time being, the rain had stopped.

I came back down and went to get my tickets from the Alhambra as the ticket office you didn’t need to walk uphill to was shut. Once I got to the tickets, it felt as though I couldn’t deal with another stair or another bloody hill, but I wanted to get dinner and the supermarket was a good 20 minutes away. I made it there and back in one piece then carbed up on the free pasta in the hostel.

It seemed as though I was the only person in the room for the night, so I requested to change from the top bunk to the bottom. I have slept in some health and safety hazard bunk beds, including one for four months in France where the ladder was coming loose and had no barrier between the bed and the drop to the floor, but this top bunk was the worst I’ve encountered. The mattress comes up to my forehead, you can’t climb the ladder because it is half blocked by the lockers and the barrier to stop you from falling out might as well not be there. I had to climb on a coffee table then climb onto it, then to get off slide down and hope for the best. I have a feeling that I’m going to come across a few more that are just as bad.

Friday started off with a couple of coffees and a walking tour. It took a while for the caffeine to kick in so it was difficult to pay attention at first. We were given a brief history lesson to start with, then taken to the Cathedral and Muslim neighbourhood, then back into town and then partway up Sacromonte. It was explained to us that a king hundreds of years ago was buried in the church of the highest point of Granada to be as far away from humanity as possible, and I may have resonated with that…

After, I grabbed a  baguette then went to the Alhambra. As soon as I got into the palace, it drove me completely shitless. Most people in there are so fixated with taking bloody pictures that you can barely move two meters without someone getting in the way. I get that some people may be professional photographers or have photography as a part of their holidays, but then you get the iPhone warriors taking a picture of every wall, the floor  every ceiling,  every fountain and it just poses the question: why? There’s Google Images for that. To add to it, there were too many bored children messing around because they were bored. Oh, and I saw at least five tablets being used as cameras. But despite the rant, it’s a really nice (I think I need a new term) inside and the gardens are awesome, there’s also a great view over the city. 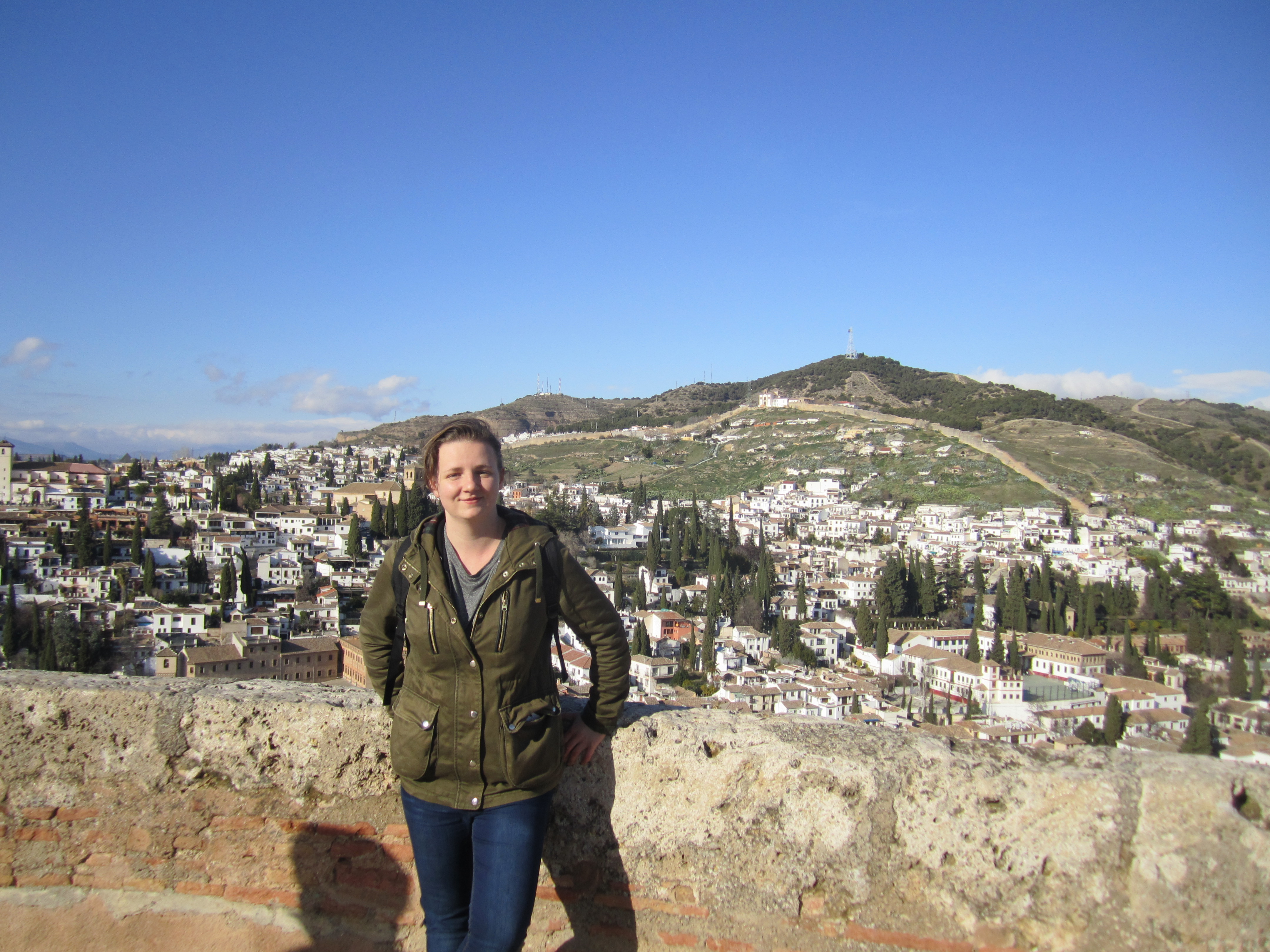 After I went to the hostel, then tried, and failed,  to find a half decent/non tourist-trap tapas bar, so I cooked my own dinner then went to bed, before getting up horrendously early to catch a bus to Madrid.