The flight to Hong Kong was almost ten hours long from the Gold Coast. It wasn’t too interesting, though I spent the best part of half hour wandering where in Asia Equator is on the flight map, only to realise it is the Equator. Once the plane had landed and after grabbing my backpack I cashed some money and ended up having quite a good laugh at the cash machine – the reference on the receipt was ‘P00000.’

There’s a couple of reasons why I came here: firstly, I’ll be going on another big trip (yes, big trip #3) when I leave Australia which will be to Asia, and I also wanted to experience Chinese New Year. The parade in Hong Kong has been compared to the likes of the parades in Rio, but I really did not feel as though it was great – it seemed like a big advertisement for a few companies. The fireworks were pretty good though. 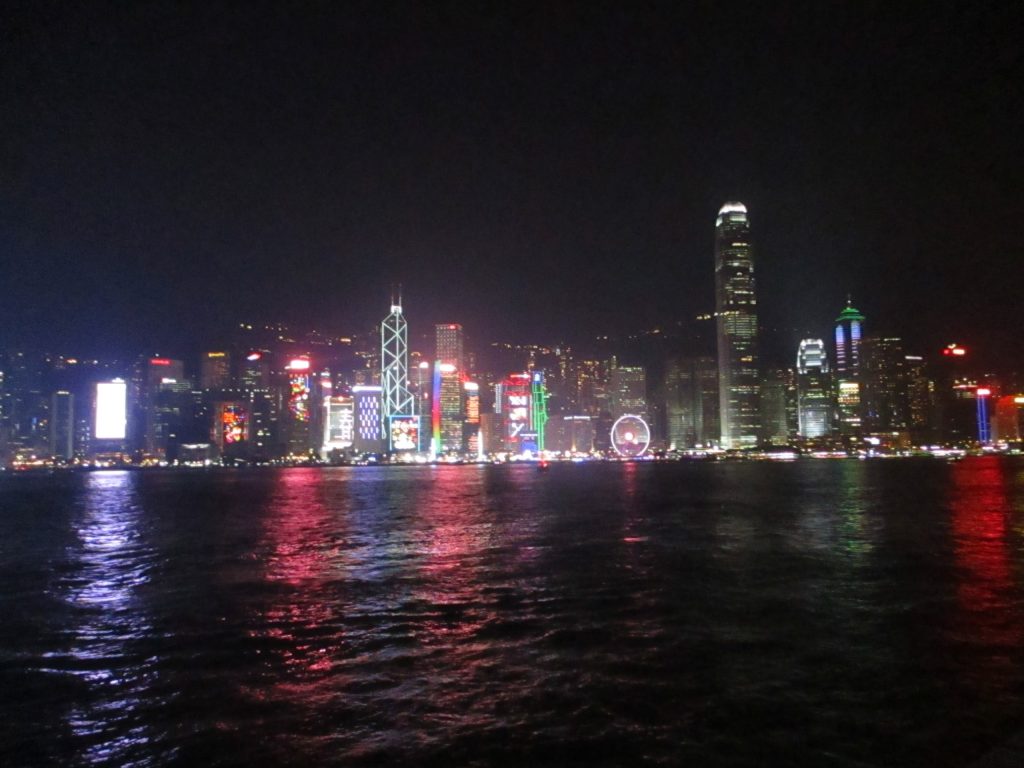 One of the things that is important for me when I go away is food, and if my third year in college had prepared me for anything, it is having a bloody good go at a Chinese buffet. This trip started and ended with visits to Michelin Star restaurants – Tim Ho Wan at the start and One Dim Sum at the end. The only experience I have with Michelin Star food is working and not eating; I’ve worked a four week placement at an incredibly famous three star restaurant in England and I worked at another restaurant that I’m pretty sure was trying for one.

Dining out was awkward at first as I had to share a table with three Chinese people who I didn’t know and had people shouting Chinese around/at/to me, but as the days progressed I realised that it is just the norm. At Tim Ho Wan I ate BBQ pork buns, beef balls with bean curd and vermicelli rolls stuffed with beef which was all amazing, and at One I ate fried dumplings, pork dim sum, steamed chicken and rice and mango custard filled rolls. After eating at One to say that I felt as though I was expecting at least twins would be an understatement. I had also tried chicken feet and whilst there were far, far too many bones, they were surprisingly alright.

On the first day I went to Tai-O, a small fishing village which was definitely worth a visit – the only day with a blue sky too. Later on in the week I visited the Big Buddha and walked up to the top of the Peak, both of which were incredibly foggy. I also visited some temples: Temple of a Thousand Buddhas, Fung Yin Seen Koon,  Wong Tai Sin and Chi Lin Nunnery. Chi Lin was the one I preferred as it was nice and quiet.

My fortune was read a couple of times at Wong Tai Sin – the first one w88as read by a lady who had a thick accent so it was hard to understand though she told me that instead of going home from work and going to bed, I need to go out instead. I found it quite amusing that I was pretty much told to go out on the piss, which is advice that I am definitely taking. The second one I was told that I have problems with my heart because of a mark on my hand – it’s actually ink from when I put a lid on a pen without looking nine years ago and got the pen stuck in my hand.

There’s also quite a few night markets: Temple Street and Ladies Markets were alright but just filled with shit that no one needs. I did manage to haggle $50 (£5/AU$8) off a scarf to replace the one that went MIA in Sydney, and I also saw a man with a stack of stainless steel bowls on his head, adding to the stack by using his feet to flip them up. The goldfish market I felt was incredibly cruel – fish were in bags that had less space than your average studio flat in London, and there were heaps of just-hatched turtles crammed into washing up bowls for sale, in the street. I’m not claiming to be a marine life activist just because I’ve snorkeled the Great Barrier Reef, but these animals should be out in the wild and worth more than just a price tag.

During the rest of the trip I saw the light show at Kowloon Harbour which wasn’t great and besides that, I didn’t do much else. I definitely spent a couple of days too many here, but with a lot of places shut it made up for it. It’s confirmed that I am comfortable by myself in an Asian city so I’m looking forward to planning next year’s trip: not going to go into too much detail, but I expect that I’ll be starting from Taipei or Seoul, into China and working my way down towards the south east.

I just went to duty free in the airport, was really, really looking forward to stocking up with whiskey again. It’s just over two litres of spirits that you can bring into Australia. With a huge bottle of Jameson, I walked towards the till and got stopped on my way there. Apparently, it’s illegal to bring alcohol into Australia from Hong Kong which in my opinion is bollocks. I’m just hoping that the three packs of Percy Pigs that I bought in M&s over here will be allowed.

This will probably be my last (interesting) post for a bit. After an eleven hour flight tonight I have a 24+ hour bus ride into Queensland, where I will be completing 88 days of work on a farm in order to obtain my second year visa in Australia. After that I will be going to Bali as I expect I’ll be needing a holiday, then moving back to Melbourne where at some point I’ll be squeezing a trip to Japan in.