After Tokyo I went to Fuji via bullet train. As my luggage is tiny, I straight away bought a bus ticket up the mountain to go around the lakes. Well, it well and truly pissed it down for at least twelve hours; with a laptop and kindle in my bag there was no way I was going to risk getting them wet. And once at the last bus stop, I found out that there was no bus downhill for four hours. Marvellous.

The next day I went to Kyoto. One thing that I have to say about the transport system, in particular the Metro, it is so confusing with private railways. I was confused enough on my first day in Tokyo but Kyoto has been on a whole new level and is actually better to get around via bus. 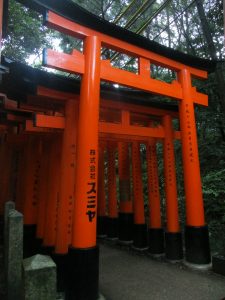 I ended up going to a temple that I can’t remember the name of then went off to the Fushimi-Inari shrine. Since arriving in Australia, I have picked up a fair bit of the Australian-English: I find it difficult to say ‘yoghurt’ like you would in England even after having a good think about how to say it; I swear a fair bit more if anyone thought that’d be possible and I say ‘heaps’ despite spending my whole first year taking the piss out of it. The only way to describe the amount of people there would to say there were heaps, and I think the amount of people ruins it a bit. 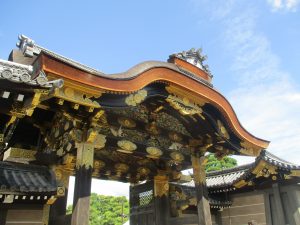 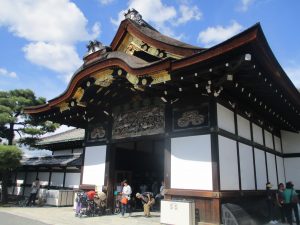 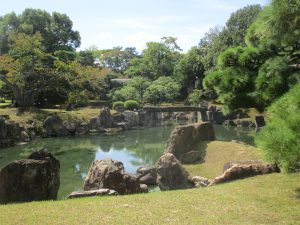 Yesterday, I went to Nijo Castle – not too sure about the history of it but it was pretty cool. I spent an hour or so there and in the gardens before going to the Kinkakuji Temple, or if like me you can’t remember the name – the Gold Leaf Temple. It is one of the things that you have to see for yourself – definitely one of my favourite travel pictures, but like Fushimi-Inari, there are too many bloody people. I then intended to get the bus back to the station, but it stopped at a train station that connected with the JR Line to the Bamboo Grove, which was nice to talk through. 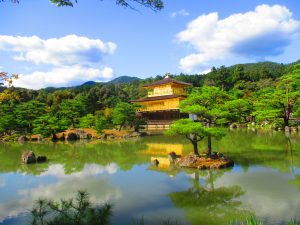 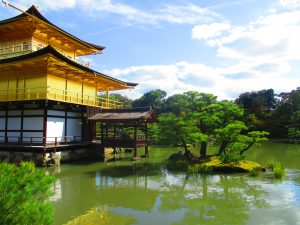 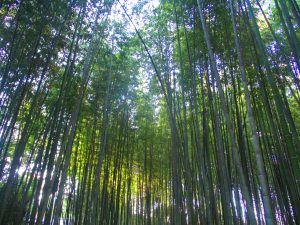 For dinner I went to Gion as it’s meant to have some bloody good food. I was knackered and just wanted a bowl of ramen for £2, but the restaurants were charging around £20 for a meal. Instead, I stopped at this restaurant that had a big line outside and an open kitchen with one thing on the menu. It was a tempura pancake filled with food that I either don’t like (egg, shrimp) and food that I have no idea what it was. It was actually pretty tasty. 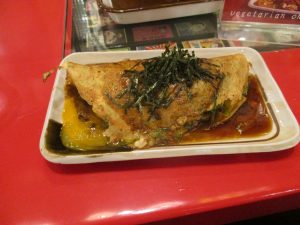 This morning I went to Kiyomizu-Dera Temple. It was alright but I’m pretty over temples, having to take my shoes off and dealing with big crowds, but this one provided a nice view over Kyoto, despite being way too crowded. It was quite a trek to get there – a 30 minute walk, a fair bit of it being uphill, in 30 degrees. 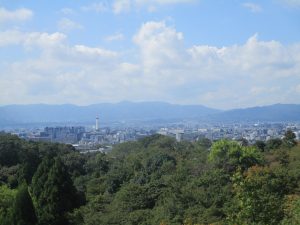 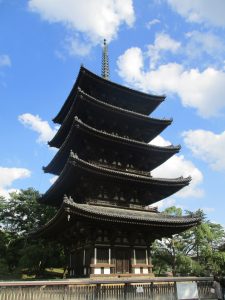 After getting to Kyoto station, I somehow navigated the trains to get to Nara – famous for having a deer park and a few more temples, and it’s quite a nice place to walk around.

Tomorrow, I’m off to Tokyo for one night and then I’m back to Melbourne. It’s been quite a nice trip, I think it’s what I needed after the shit time I’ve had over the past couple of months, and I’m going back home where it can only go uphill from where I left off.

A lot of people speak of Tokyo as though it’s the place you go to, then you compare it to everywhere else you go. For me, that doesn’t work out as I feel as though Tokyo is just a crazy version of London which is more or less what I’m used to. From now, every place I go I’m sure that I will compare it to Budapest. Kyoto has been nice, there’s a lot to see and do, but I feel as though a lot of it has had a negative impact due to tourism. A lot of places here are UNESCO World Heritage sites, yet it seems as though a lot of people go to these sites without having the respect for what they are seeing. For sure, I’m glad that I came here but feel as though it’s somewhere to go with someone else.