It’s supposed to be autumn here now – I’m not too sure how much I believe it as I was sat drafting out this post at 9.15pm, dripping with sweat.

Our week started off with a 32 degree-90% humidity day. To be honest I don’t know how I didn’t pass out on the watermelon field; it seemed as though whatever we drank sweated straight out, although at least we knew for sure that the alcohol from the weekend had left our systems by then. On the way to work we put the watermelon emoji sponge on the rear-view mirror which the farmer apparently wasn’t terribly amused by, but it is now hanging from my shelf in the room, much to the despair of my roommates. 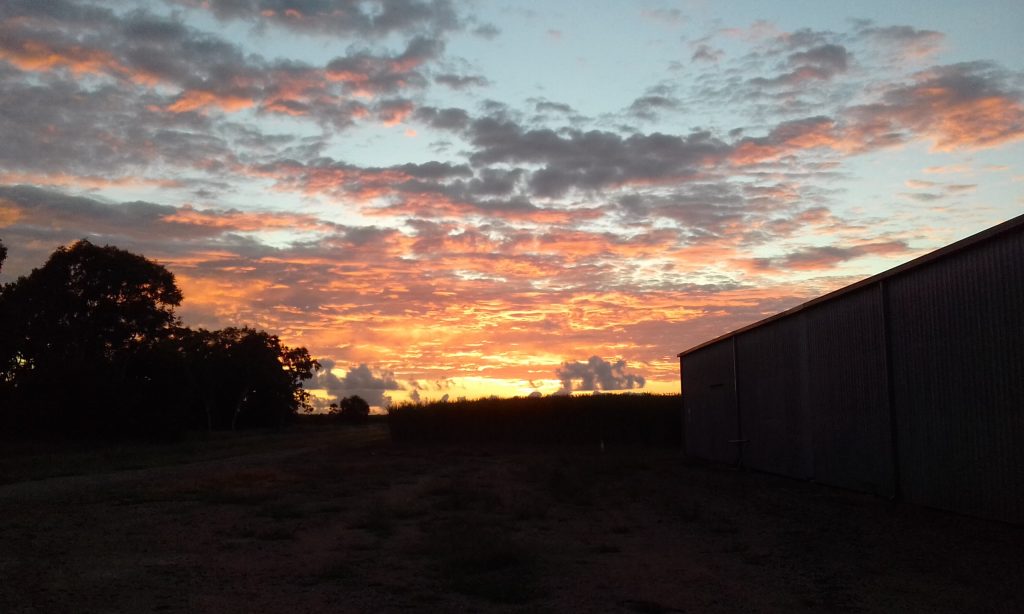 Tuesday turned out to be the last day of planting watermelons… on this farm, anyway. One of the nearby farms had a thermometer that measured the temperature as 37 degrees, and I’m surprised that there was any sweat left in me after Monday. I was seriously struggling with it, and on other farms quite a few people passed out. Luckily, it was only a half day where we were supposed to be joining the farmers for a BBQ at the end of the day. As we finished so early, the farmer gave us some money to go out for dinner which was much appreciated, so I rather enjoyed a steak dinner.

We’ve got a pretty good analogy for planting: it’s like being on I’m a Celeb – only that we don’t have Ant and Dec to warn us that there may be something out to poison us whenever we stick our hands in the holes in the ground.

As the jobs on the watermelon field had ended, Wednesday and Thursday were days off. There is more or less nothing to do here – there’s a swimming pool, bowling alley and a cinema so Wednesday I was trying to kill the day. Thursday, we went down the pub and Friday I did a shift for just one hour, though it secured me work for Saturday too. Today has been another day off after a night out last night.