I’ve spent the past couple of weeks travelling the North Island with a friend from Australia. She’s returned home and I’ve come down to Wellington.

We started off in Wellington; visiting the Weta Studios, the Te Papa Museum and Zealandia Ecosanctuary. We also found a Wellington Craft Beer map in the first pub we headed to, which kept us busy. There’s the show ‘The Final Table’ on Netflix, showcasing chefs from around the world. One of the contestants runs the restaurant Haikai, focusing more on indigenous ingredients. We had the ten course menu there which was amongst the best food I’ve ever eaten.

Following Wellington, we stopped off at Napier for a night. It wasn’t really anywhere too exciting, just a nice little town, then off to Taupo. The main stop was the 19.4km Tongariro Crossing, where the scenes for Mt. Doom were filmed in Lord of the Rings.

It’s actually quite possibly a really dangerous walk, starting with what’s called ‘the Devil’s Staircase.’ Living up to both the Names ‘Devil’s Staircase,’ and ‘Mt. Doom.’ I suggested the rule for first person to fall over had to buy the first beer afterwards, and I fell over. Three times. By the time we thought we had ten or so minutes or so left, we saw a sign saying that we in fact had 45. It’s by far the hardest hike I’ve done, and apparently in the world’s top five most challenging day hikes – according to the fitbit, it was the equivalent of 330-odd flights of stairs at 25,000 steps. I can’t find any trustworthy information ranking it, but I’m hoping it’s more like #2 or #3, rather than #5. 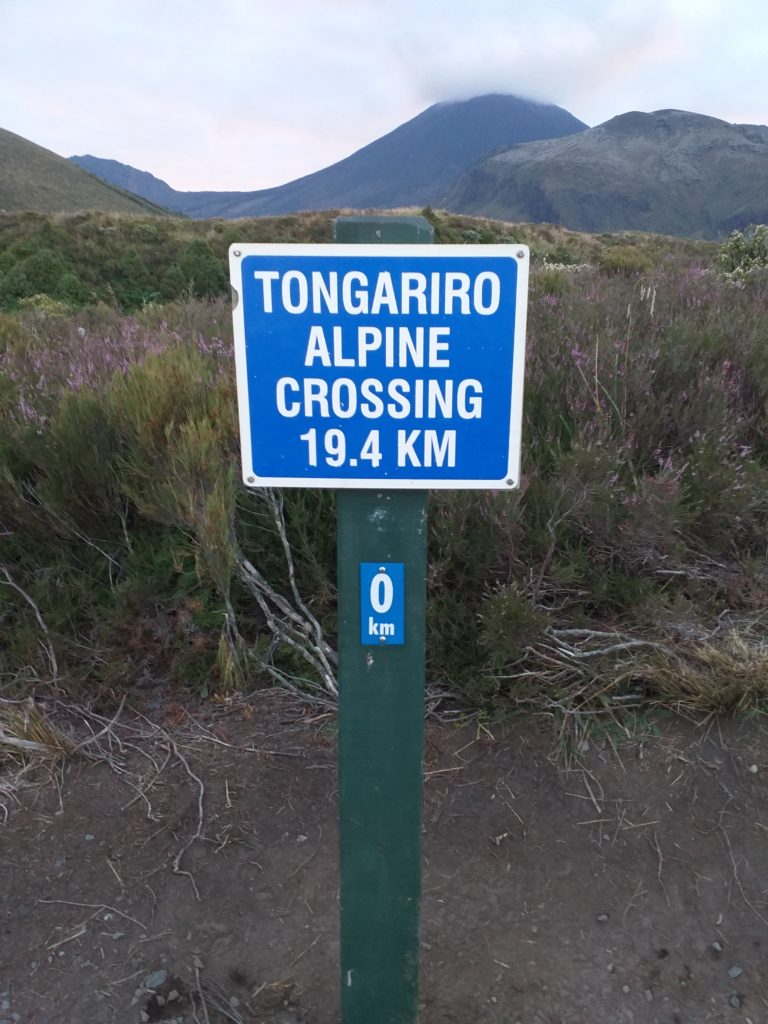 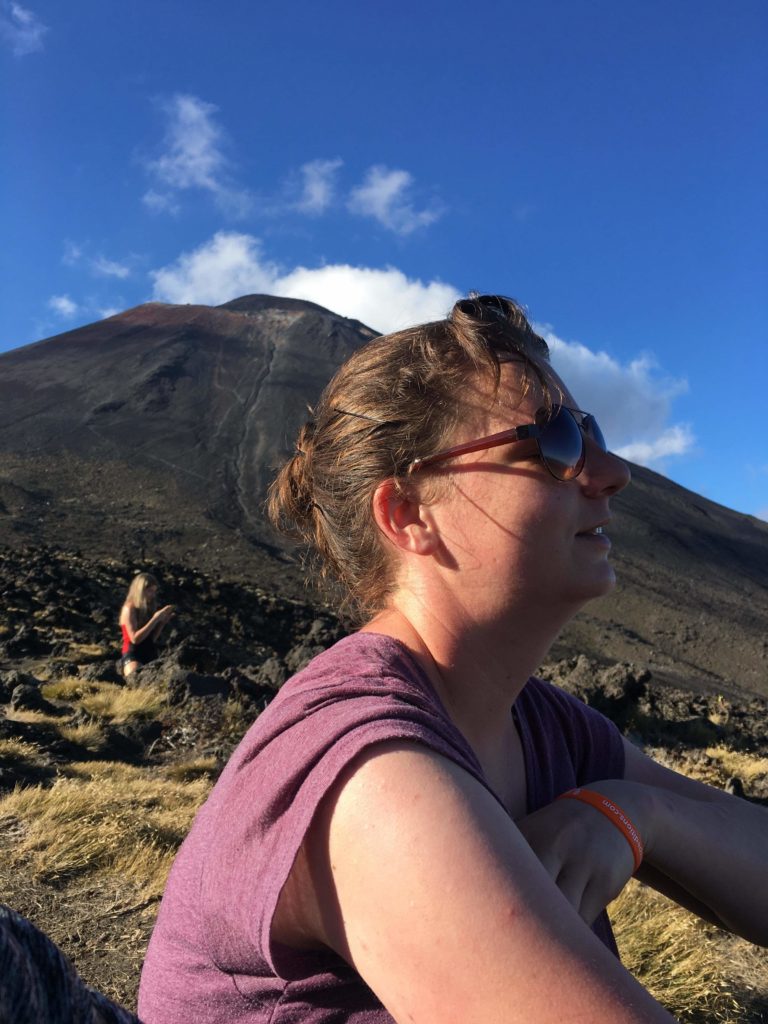 Following Taupo was Rotorua, where we went to the Glowworm caves. We chose a package that included two tours; the first was excellent with a really enthusiastic guide, but the second wasn’t too great. It was a boatride with a kind of tour through a cave, but you couldn’t hear the guide as there were too many people and children. Hiking Mt. Doom left us both sore for days, but conveniently the area is well known for having geothermal mineral springs.

From Rouorua we also went to Hobbiton, the filmset of the Shire in Lord of the Rings which was brilliant. We could see the layout to make the hobbits appear a lot smaller than Gandalf in the movies, and had the location of parts of the movies pointed out to us. They also provided a beer at the end, which was needed as it was so hot. The only downside is that we didn’t see the resident cat. 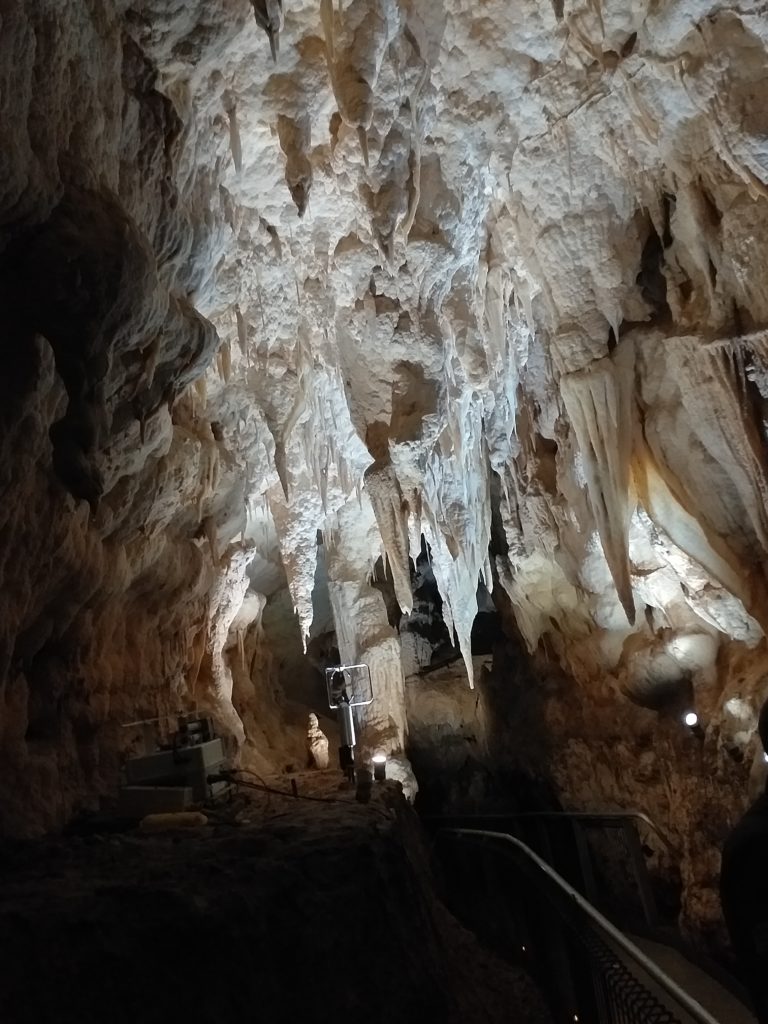 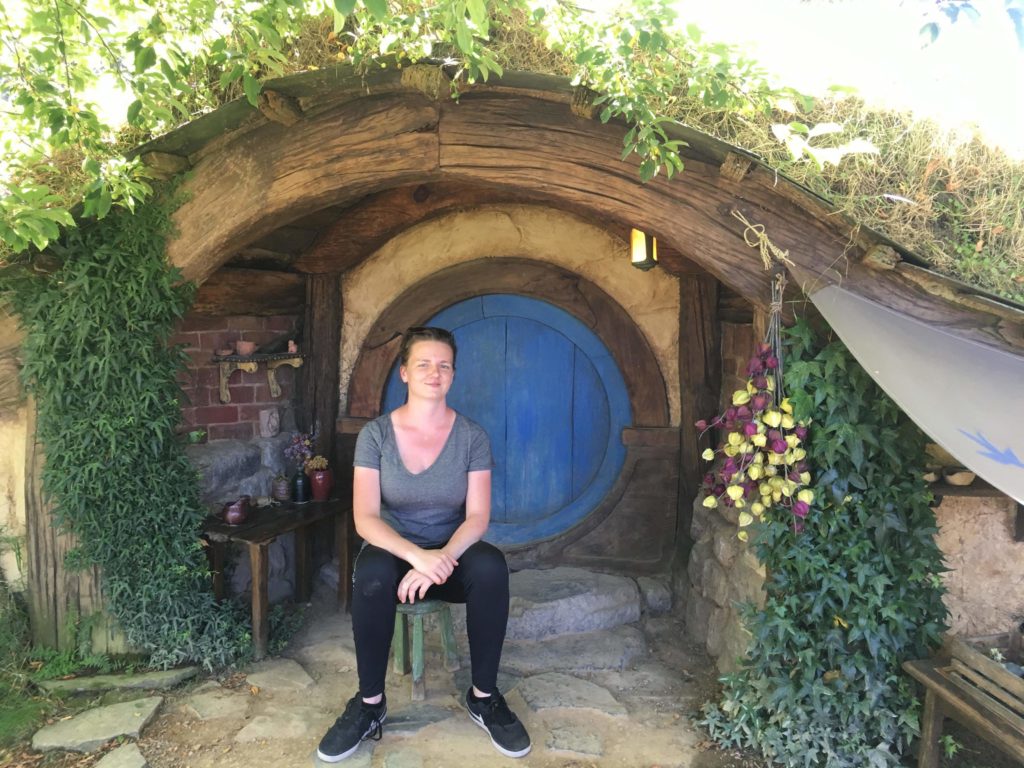 Our last stop was Auckland. We took the ferry to Waiheke Island for a wine tasting which was great, though a bit pissed by the end of it. We stopped off at three different vineyards and an olive oil tasting place. 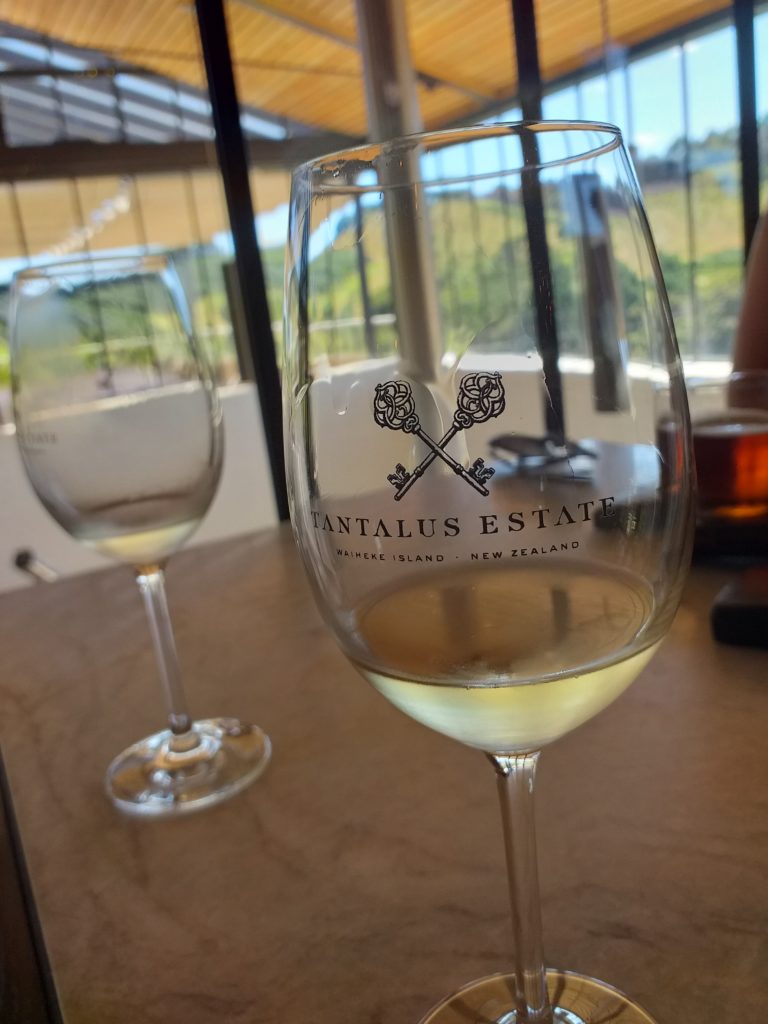 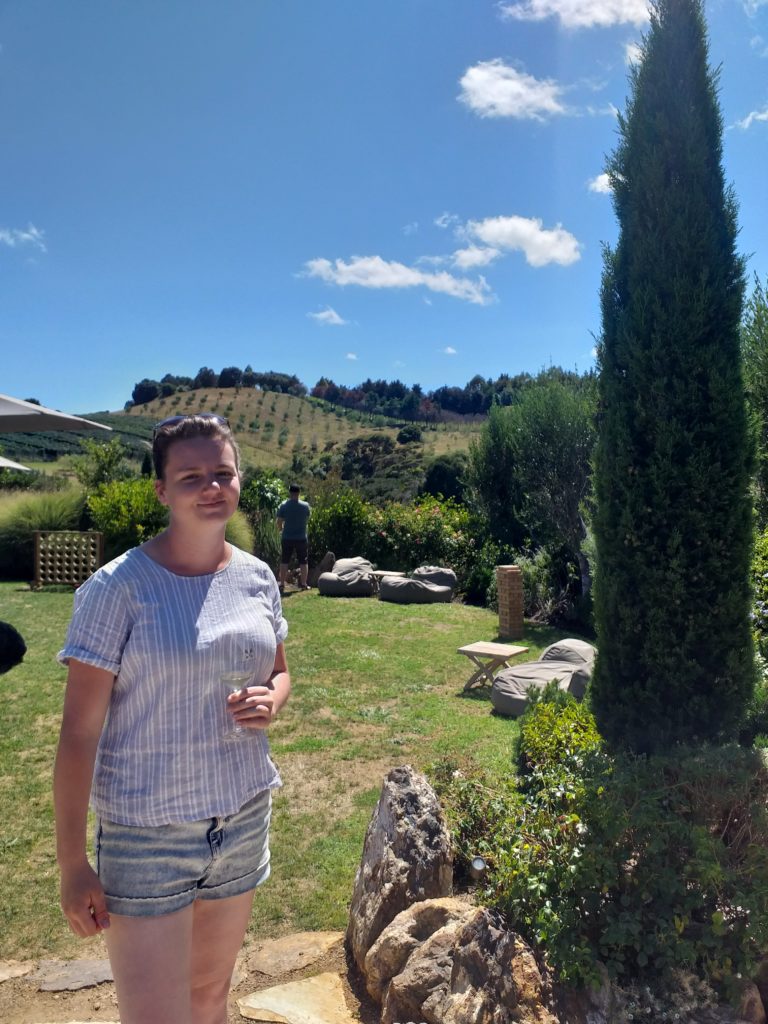 On Sunday I returned to Wellington and have a busy week with interviews, trials and flat viewings, as well as all the fun stuff like setting up a bank account, filing for a tax number etc.