Over the past couple of weeks I’ve not done a lot so it’s a short update.

Last week over my days off, one which I spent in bed, I went to the Aardmans Exhibition at the ACMI which was pretty good. There’s a few things that Aardmans have done that I’ve not really heard of, and have only really watched Wallace and Gromit and Chicken Run – it’s quite interesting to see how they develop the characters. Since I started travelling, I’ve met some people from up north and I wonder what their accent reminds me of. It took me watching Chicken Run to realise that the accents remind me of the movie, so now every time I meet someone with that accent I struggle to keep a straight face because all I can think is “I don’t want to be put into a pie… I don’t like gravy…..” 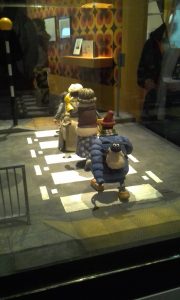 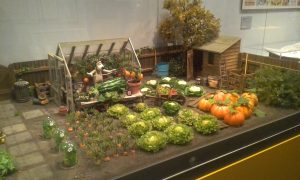 I also really could not be bothered to cook one night last week so I went about 40 minutes out of my way to Queen Vic Night Market – there’s a lot of food there, and mulled wine, but for me it’s more of a place to stop by for some food on the way home from work.

Over this weeks days off I was intending to do something productive and touristy. One day I shit you not, I slept for 18 hours, and Thursday I managed to sprain some of the joints in my neck whilst doing nothing which I’m still recovering from. It’s not ideal to be recovering from that with work, especially with being advised to not move my neck. I also got a promotion this week at work after being there for three weeks which is great, just heaps more responsibility