I definitely had one of those ‘less than one hour to get out of bed, packed and on the train to Barcelona God-help-me’ mornings. Somehow, I managed with 20 minutes to spare and six hours later I arrived in Barcelona. 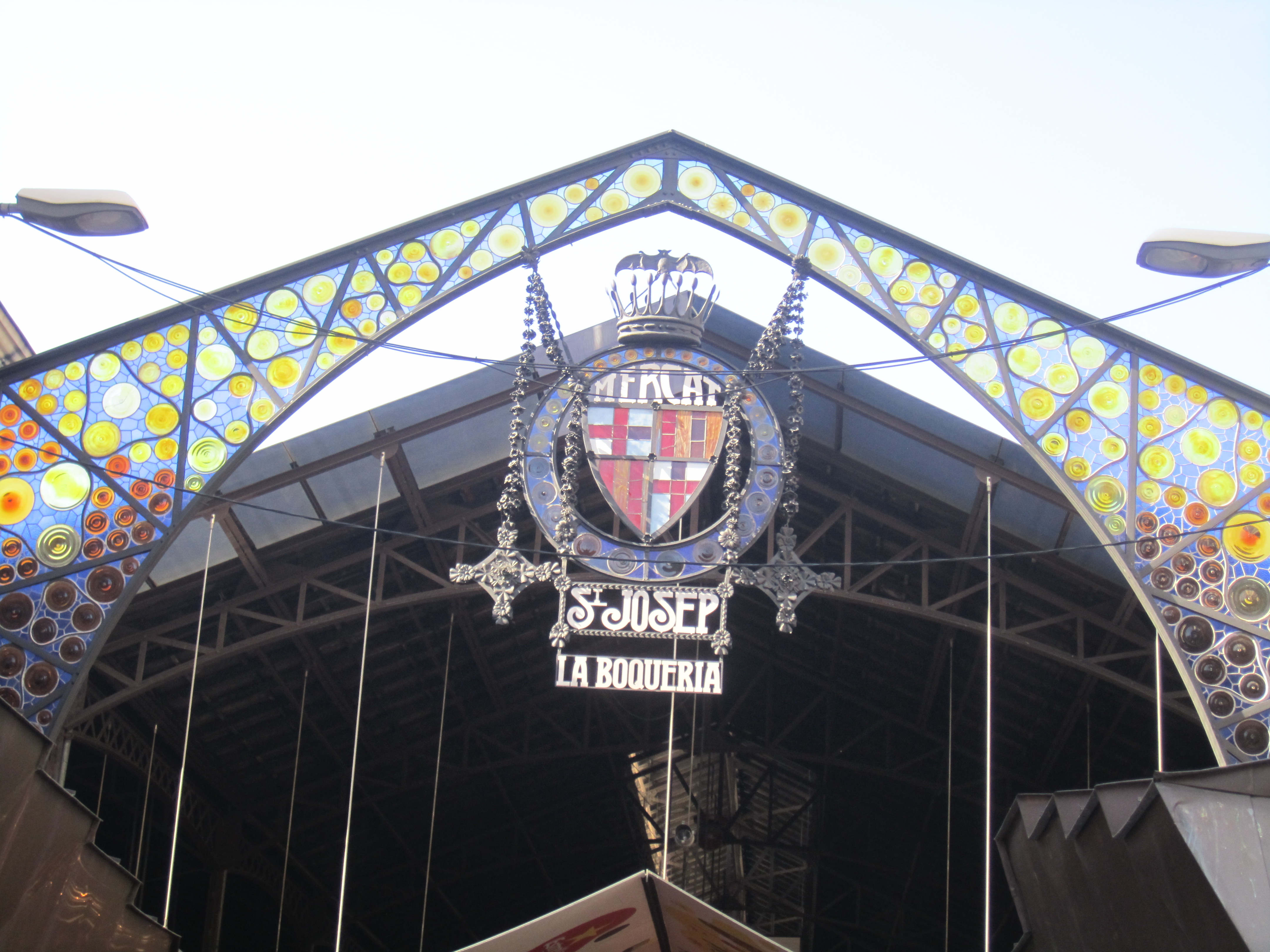 It turns out this is my third visit to Barcelona since I was 16/17 and everyone who has asked me if I’ve been here before looks at me like I’m nuts. I just happen to like Barcelona a lot. Once everything had been sorted out I went to the Boqueria market, had a walk around then came back to the hostel to have a look at what I was going to do during my stay here.

The next day,  I went back to the Boqueria to buy my dinner which ended up being the best thing I’ve cooked for ages – a massive steak with artichoke, mushrooms and purple spring onions. I then went to the Sagrada Familia via the fridge in the hostel. The building is very impressive,  but I opted not to go inside as I knew the amount of people in there would drive me shitless, then went for a walk by the beach before going to the chocolate museum. The chocolate work in there is impressive, but when you understand the amount of work that goes into it, it makes it even more impressive. My favourite piece was of St Basil’s Cathedral, obviously in the form of chocolate. The entry is €5 and your ticket to get in is actually a chocolate bar.

After this I went into a park to read for a bit then went to caffeinate myself up. I found a really impressive bakery next to the Ramblas which does small pastries which is great for me as ideally I’d like my teeth to be my own by the time I’m 30. I ventured back up to one of Gaudi’s pieces of work, La Pedrera, which I’ve been inside before but I do like it on the roof so I went again. They also have a museum which I whizzed around, but I’m not going to pretend that I’m interested in architecture just because I’m there so I got around it pretty quick.

The next morning I wasn’t too sure what I was going to do and ended up in Park Güell. Again,  I’ve been there before but you can’t really come to Barcelona without going there. I found it amazing that it must’ve gotten at least 18 degrees and I had to take my jacket off whilst the Spanish were walking around with their ski jackets, scarves and hats on.

I went to Plaza Espana and walked up the stairs to the museum overlooking the square. It’s a nice place to sit down and chill, but the amount of people who try to offer you beers and selfie sticks repeatedly is ridiculous; if I accepted every beer I probably would have ended up passed out in a ditch somewhere so instead,  I went to the Moritz microbrewery that does a pretty decent beer. I came back to the hostel, cooked some pasta and ended up catching the end of ‘Bad Grandpa’ and the film ‘Wild’ with some of the hostel staff.

On Saturday I went to the same bakery that I’d been to previously, had a coffee and a cookie that was pretty much a jammy dodger but a million times better. I had tickets to the Barcelona match against Getafe so I allowed plenty of time to get there. I haven’t been to a football match in ages and this one was pretty good. Barcelona won 6-0 and were 4-0 up at half time. After, I came back to the hostel via a pub.

My last day in Barcelona I went to Montjuic for the morning which is a nice area; it overlooks the city which made the nice weather even better. It turned out that it was the Barcelona Marathon today which made it a bit more difficult to get to, but I can’t really complain when these people are running 26+ miles and I have an extra ten minutes added to my not very far walk. After this, I came back to the Plaza Espana with a couple of beers and sat there for a bit people watching before coming back to the hostel for the evening.

Tomorrow, I leave Barcelona for a bit and then come back up to catch a flight to Italy. I intended to book a flight to Venice and accidentally booked one to the other side of the country instead which shall be fun.