On the way to Fox Glacier I stopped off at the Blue Pools walk and a waterfall that I forgot the name of, but looked like something out of Lord of the Rings. 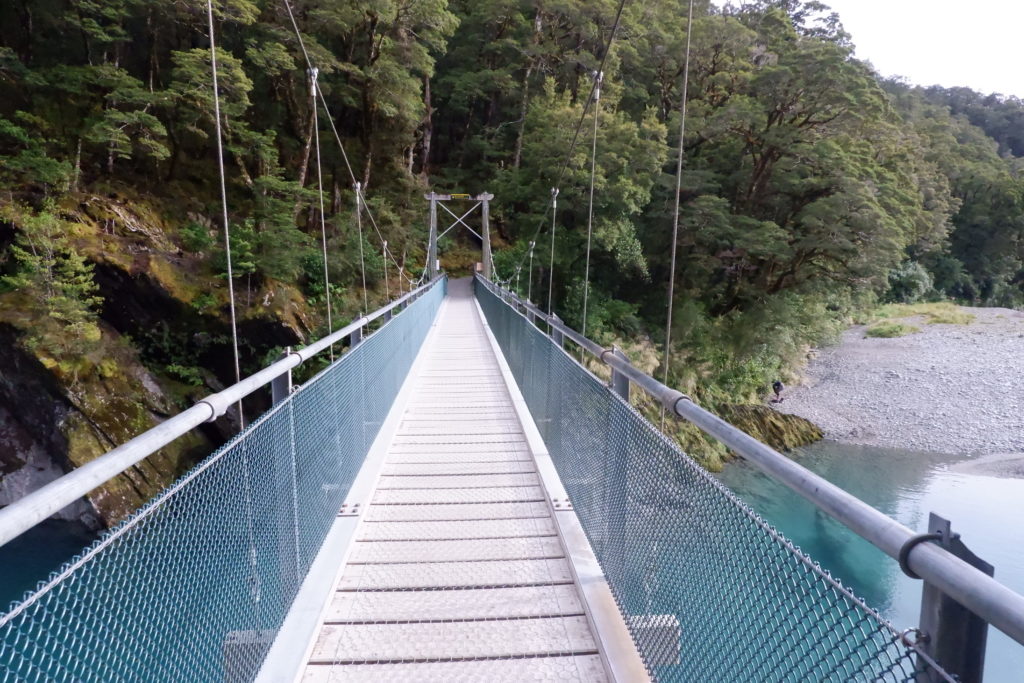 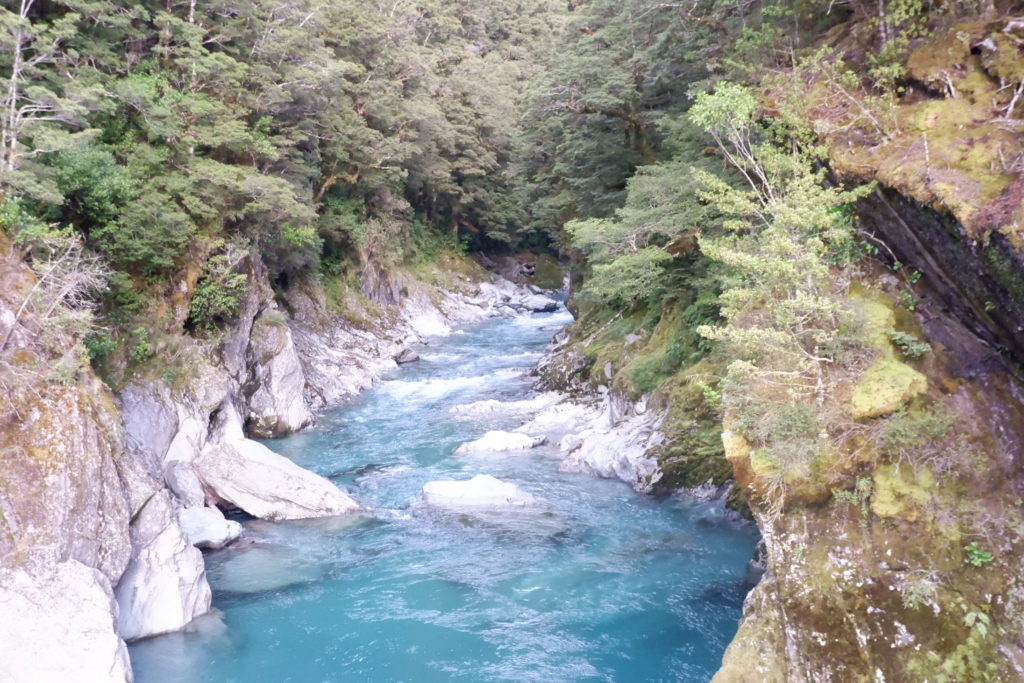 It was late afternoon by the time I arrived in Fox Glacier so I went for a walk as I’d been sat down driving for a few hours, but did nothing special. There was a glowworm forest nearby that lights up when it’s dark outside. When getting to the forest and realising that it’s next to the highway filled with people and no lighting allowed, it does feel pretty sketchy, so I went back to the hostel. In a couple of weeks I’ll be visiting glowworm caves so I don’t feel as though I missed out.

I’d booked up to go for a heli hike on the glaciers yesterday which ended up getting cancelled because of the weather. Obviously safety is the main priority so I walked there instead, taking about an hour through the forest to get to the start of the trail, then 45 minutes to the glacier. 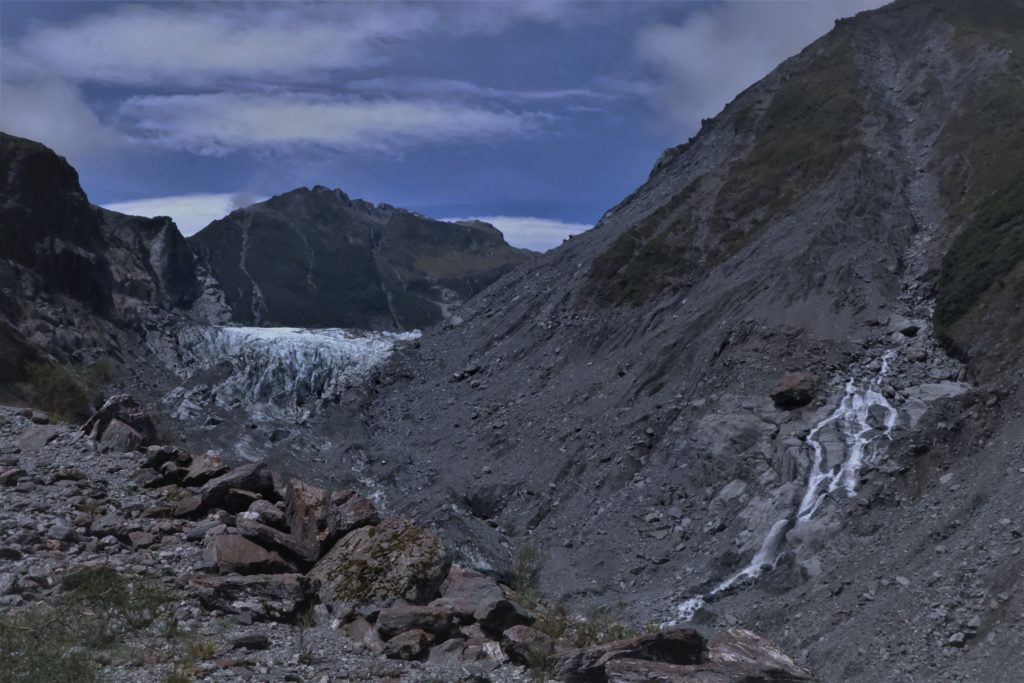 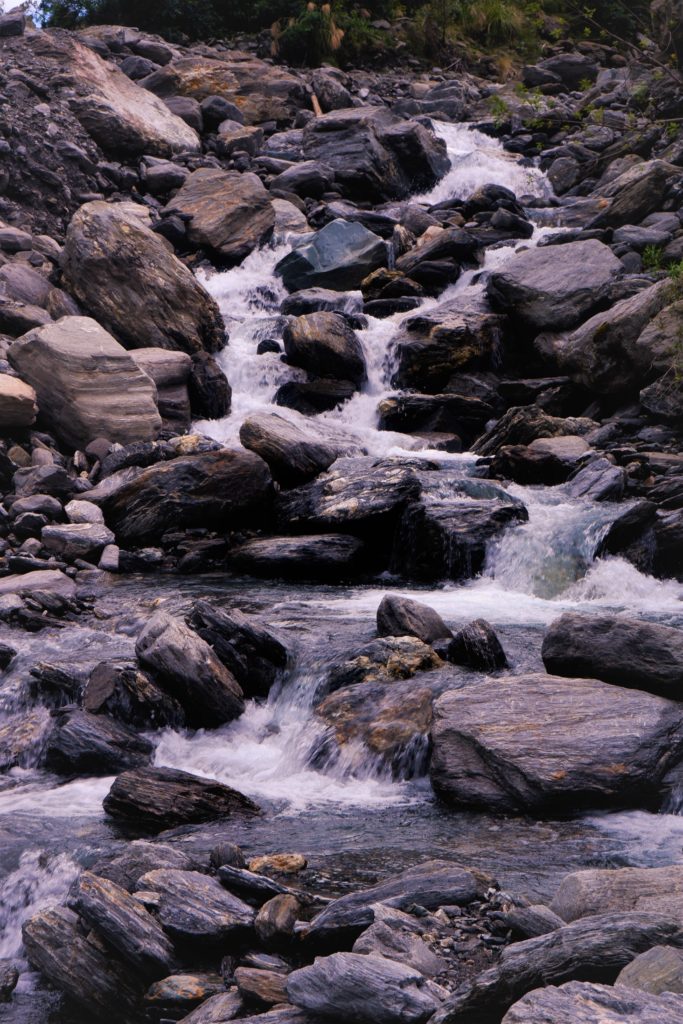 The tour of the glaciers that I rebooked for this morning was cancelled too, so I continued the journey going north.