On Monday afternoon I arrived in Mt Cook, taking only a couple of hours on the bus. I changed into my walking gear, and went out. As most of the walks here are 3+ hours, I did a couple of smaller ones, saving the 3+ hour ones for my full days.

In the morning I did the Hooker Valley track, taking roughly three hours. The track is 5km long, with an incline of 120m, so a nice easy one, with great scenery the whole way too.

Over the past few years I’ve learnt to not get too excited and exhaust myself on the first day. Instead of going on another walk I went back to the hostel for some dinner, and had a chat with the people in the dorm.

On Wednesday morning I chose to do a track called Sealy Tarns. It’s dubbed as the ‘Stairway to Heaven,’ with over 2,200 steps, with a 600m height gain. The name is a bit sugarcoated as whilst it is a spectacular view from the top, I felt as though I needed an oxygen tent up there after getting to the viewpoint.

Like you would with a four-year-old child, I used the incentive of having a cookie at the end of the stairs. There was no visibility at the top, but after an hour everything cleared up and the view was spectacular. Well worth the effort to get there.

I left Mt Cook for Queenstown on Thursday, but not before fitting a cheeky hike in before the bus in the afternoon. It ended up being the perfect day to go hiking – blue skies all morning. Unforunately I was out of cookies and chocolate to use as an incentive to climb up more steps, but managed to do without.

Mt Cook was one of the places I wanted to visit the most whilst in New Zealand. It’s been well worth the wait. The weather couldn’t have been better, and some nice roommates too. The only downside has been that the dorm did have quite the smell with 8 peoples’ hiking boots in the evenings.

I chose to leave Te Anau at 7am as I’d Googled the route up to Wanaka and had a section of the highway named “Devils Staircase” to get through. It was perhaps for the best to do that with less traffic on the road. Most people would’ve stopped off at and stayed in Queenstown for a couple of nights or so, but I don’t really fancy sharing space with people who have done activities such as skydiving and the Nevis Swing. Nothing against people who do those things; I just don’t want to be around several high-energy people.

My first stop was the Lavender Farm, around ten minutes from the hostel. They have farm animals including Donkeys (one I named after Bill the donkey from Lord of the Rings), Alpacas (should’ve named one Tina, after the one in Napoleon Dynamite), Sheep (can’t remember what I named them), and chickens (I’d run out of names by then.) 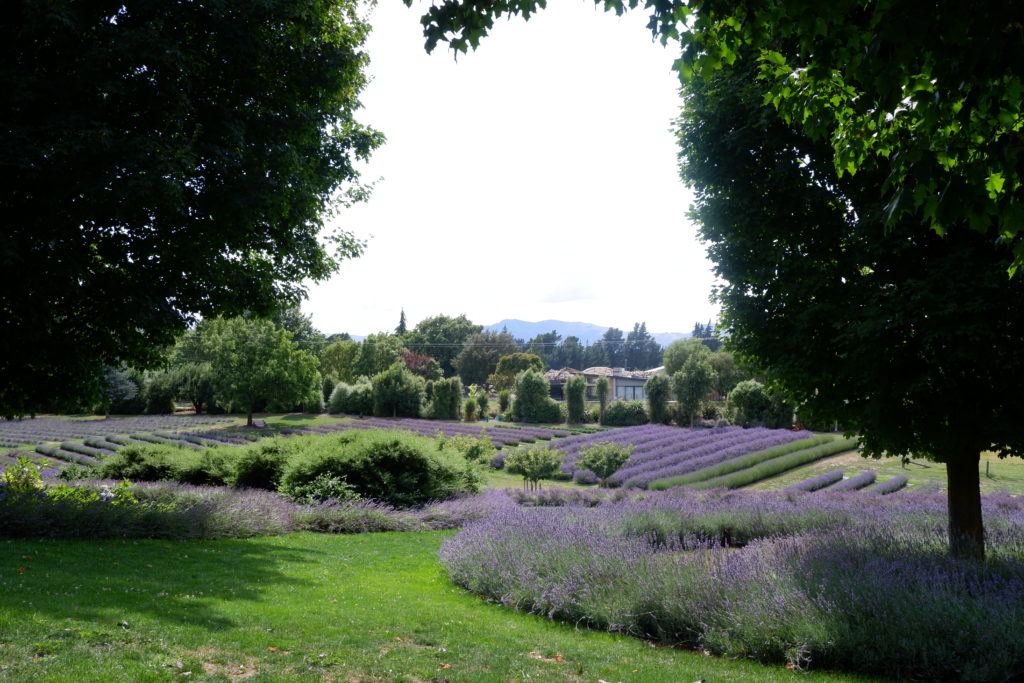 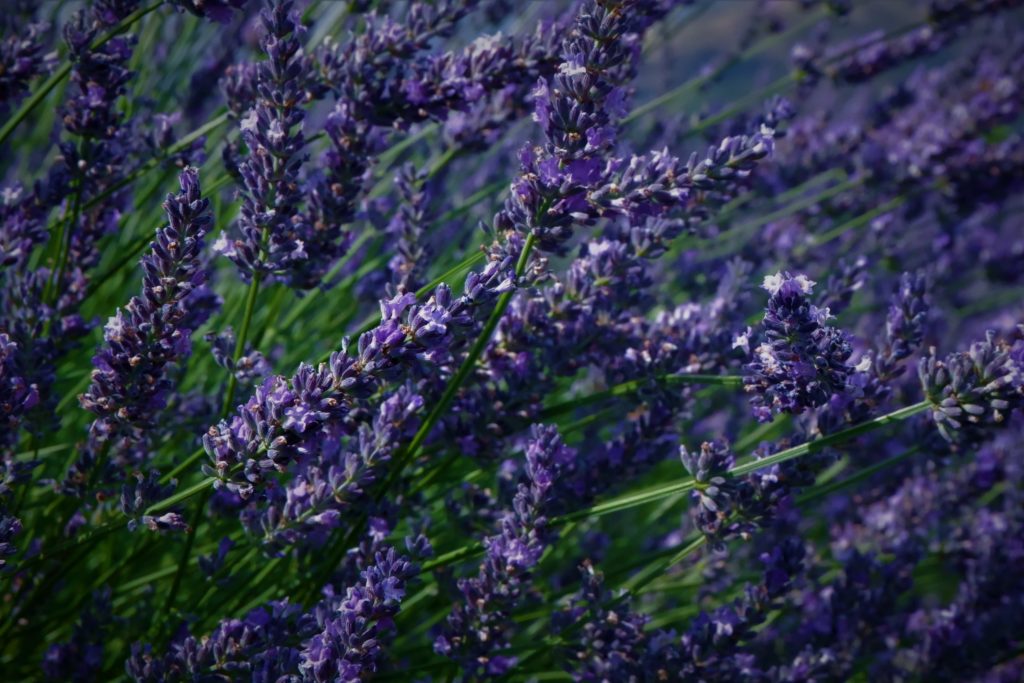 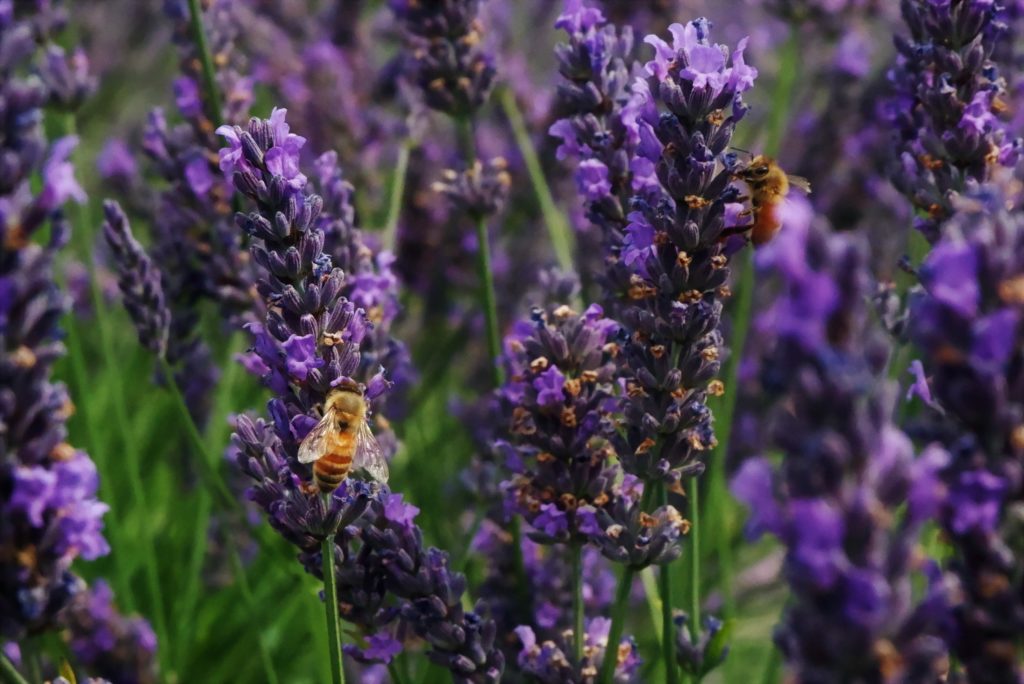 The thought of being on a farm since my farm work in Australia did make my skin crawl a bit, but I went with high expectations which were met. I spent maybe 45 minutes or so walking around until the lavender got the better of me, popped inside and had some lavender and manuka honey ice cream, then drove into Wanaka. I went into town to see the Wanaka Tree (#thatwanakatree on social media), which really is just a tree, and back to the hostel to do not a lot, as I was planning what is a pretty big hike for me. 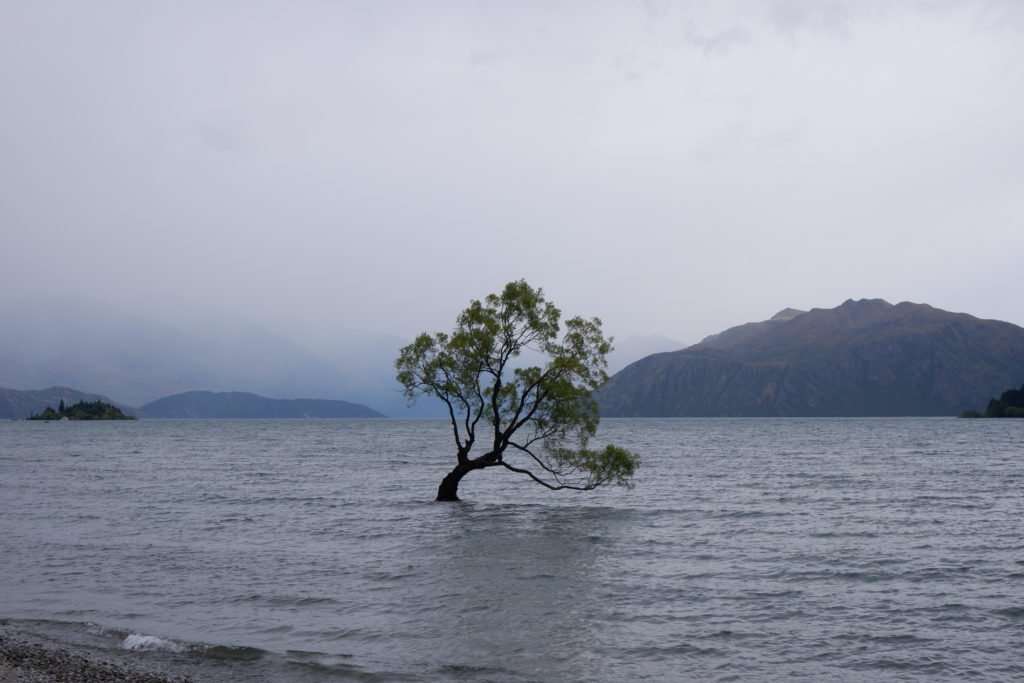 I left the hostel at around 6.15am to drive to the starting point of Roy’s Peak, the most popular track in and around the area. When I did the ski season in France, one of the runs was known as the ‘extreme vertical’ because it was extremely vertical, and this hiking track could’ve qualified for that name. There were only a few flat areas, and took around three hours to climb up, then an hour and a half on the way down. There is infamously a social media line half hour from the top which I may have joined. By this point, I could feel my knees and hips hurting, and some of the knock on effects from the drama with my back last year, so I didn’t make it right to the top, but I was happy making it up to the lookout point. 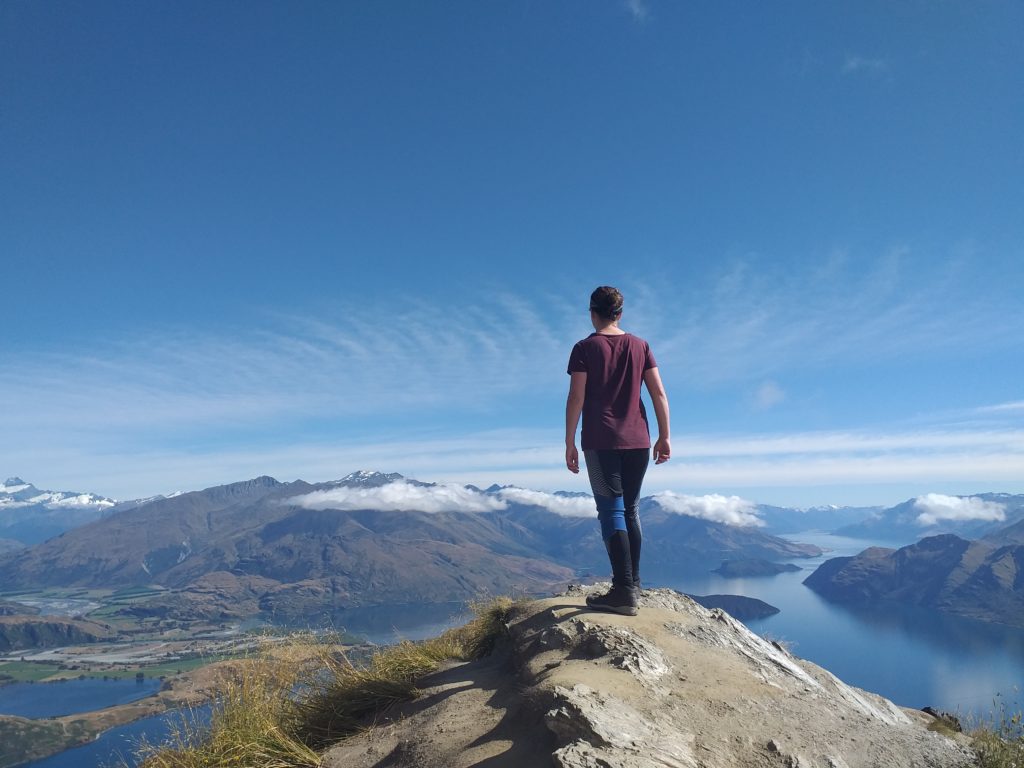 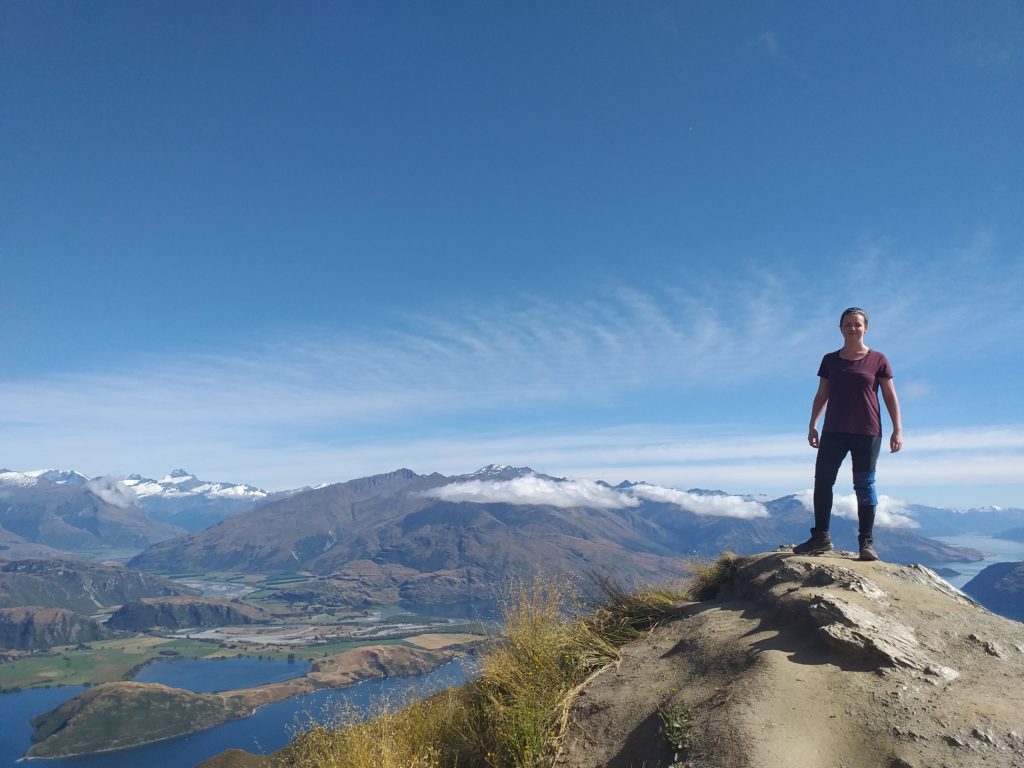 This afternoon, after being extremely horizontal for a few hours I went to a farmers market. My plans are to let my legs relax and put my Netflix subscription to use. I’m off to Fox Glacier in the morning, and there’s a couple of places I want to stop off at on the way. One is a short walking track so hopefully my legs won’t be too sore.

Not really done anything that amazing this past week. Had my first day off in 15 days and think it was only one piss up.

As I’m quite conscious of the fact that I don’t have that long left in Australia, I’d quite like to explore more of the state that I have lived in for most of my time here. Wilsons Prom is a three hour drive away and I just don’t want to spend six hours driving, so again I used the tour operators Hike and Seek.

We did a couple of hikes, both with amazing views. The second one the view was just so worth walking uphill for around 40 minutes in the weather that we were lucky enough to get. The pictures don’t really do the view justice, but they’ll have to do.

This coming week I don’t have a lot of work, so tomorrow is my sort-my-shit-out day, depending on what time I wake up. Monday I’m thinking of hiring a car and going somewhere, but that is dependent on the weather and if I can find a really good playlist.

After being back from Japan for a day, I received a phonecall asking me to go to Cradle Mountain in Tasmania for a couple of weeks work. It’s the kind of place where people pay a lot to travel to and visit so I thought why not. Two weeks was enough for me though, and I’m happy now to be able to spend the next couple of days chilling and watching Netflix as I have not really had much of a day off in the past two months at least.

Work was pretty easy and well paid. During my days off I did some of the bushwalks – one of the walks did get fairly dangerous at one point; you pretty much had to do the walk then climb your way out of it. Probably should have done it either with phone signal or with someone else.

During my time there I managed to cut every fingertip but one on my right hand doing the same bloody thing and it hurts to type, so just going to keep this post short and sweet. 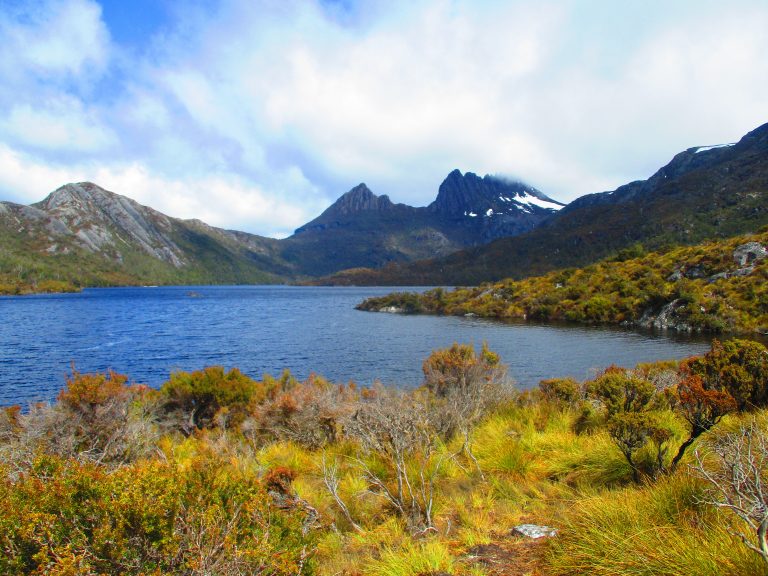 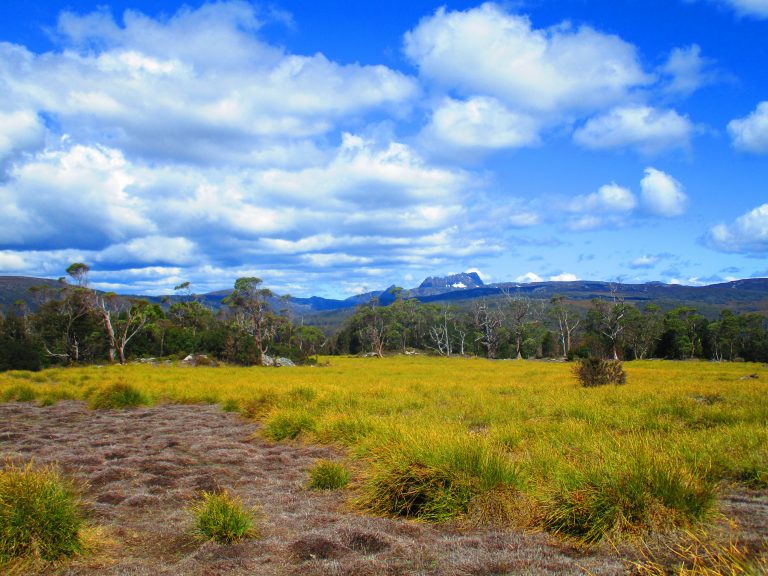 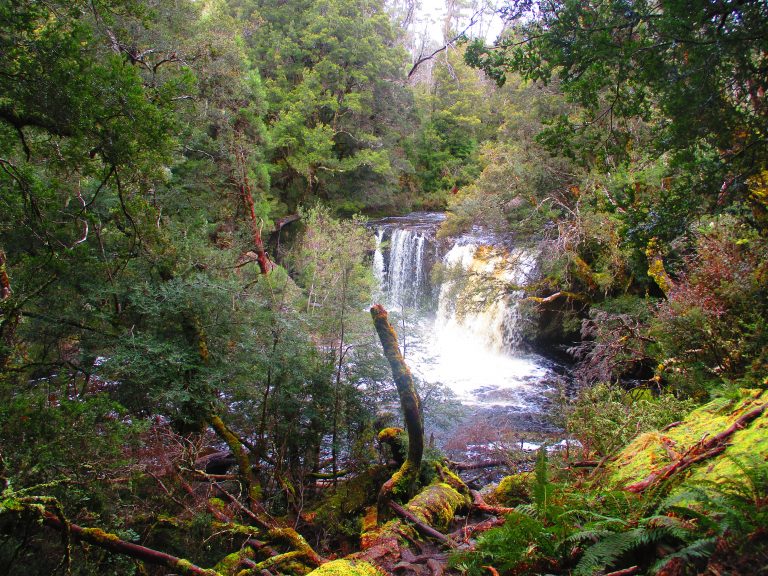 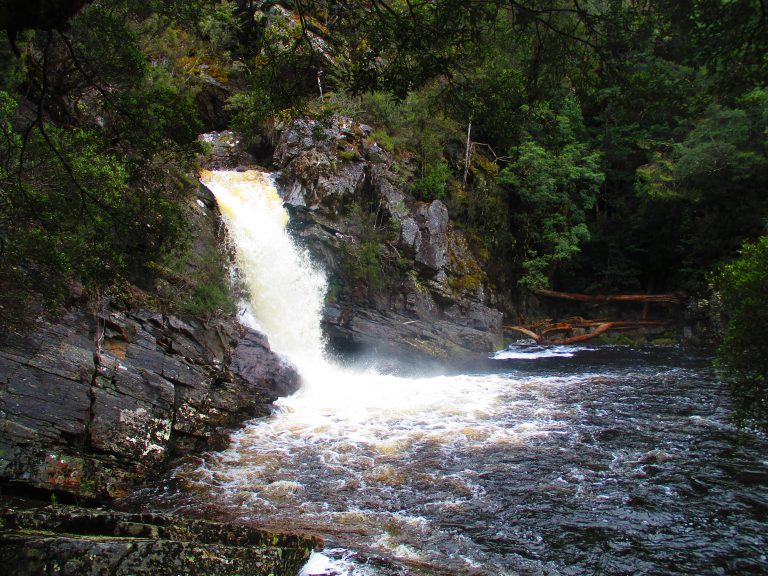