From Agra we went to a village called Madhogarh. There’s a fort where we stayed the night which had a very famous Bollywood movie director checking it out during our stay. On the way there, looking out of the air-conditioned car window, I saw actual poverty with people who could not have access to sanitation, proper/safe nutrition, shelter, education etc. It really hit home how lucky I am to simply have been born where I was and the challenges that the poor people have here are not ones I will ever have to face.

Once in Fort Madhogarh we were given time just to wander around the premises and to have lunch. In the evening we popped into the village where there’s kids playing in the street, and begging the tourists to take their photo, as they enjoy seeing their picture straight after. I can only imagine what would happen in the UK and Australia if people were taking pictures of other peoples children in the streets. 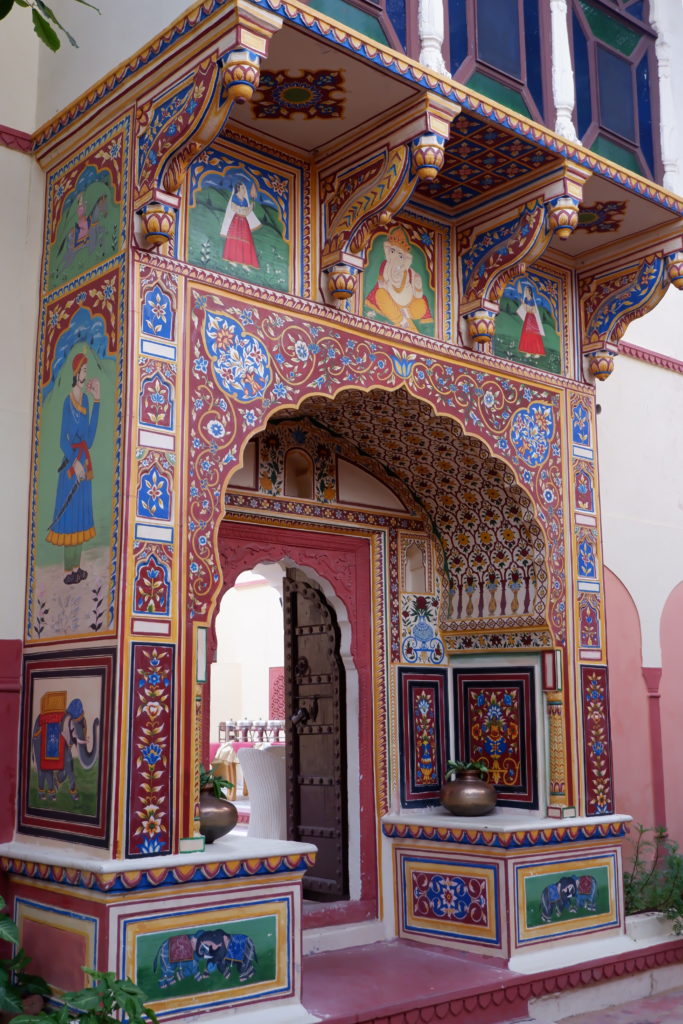 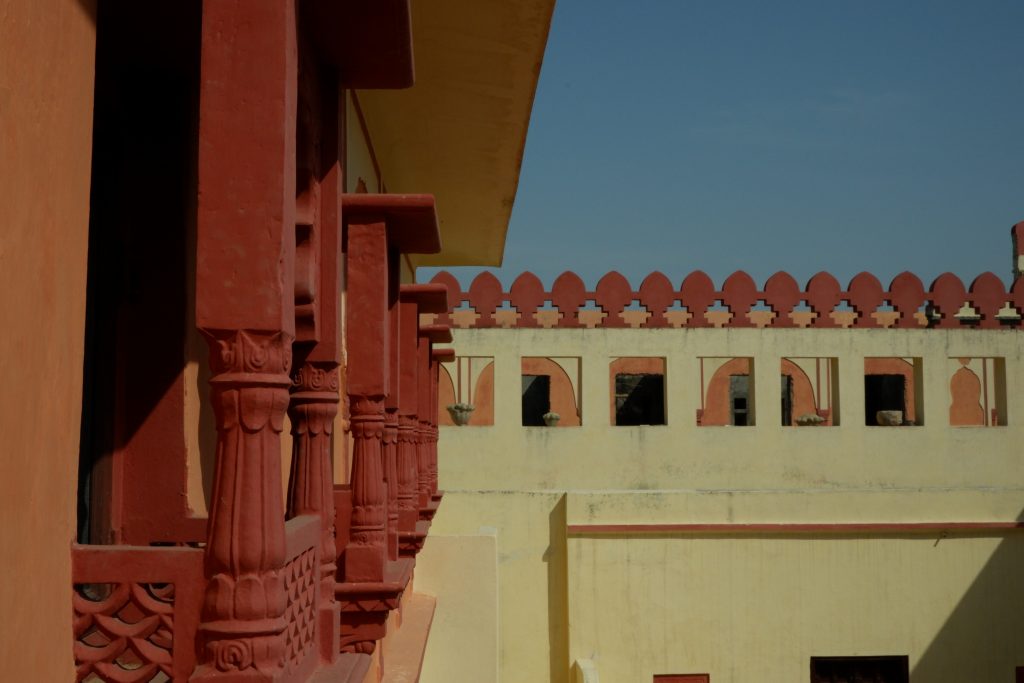 We moved onto Jaipur afterwards, stopping at the Amer Fort on the way. Again, we had a tour guide specifically for the Fort, telling us the functions of everything inside. When you’ve been to a few of these kind of places, they all feel the same. My favourite place inside was the Mirror Palace.

Moving on, we went to a tailoring place, endorsed by Intrepid. This kind of place likes to make you buy something, showing us various kinds of duvets, blankets, tablecloths, jackets, scarves, the list goes on. I was tempted by a duvet because no matter how much I travel, bed is one of my favourite places so it’s worth making an investment. However, without owning a bed or even having a fixed address, I passed. 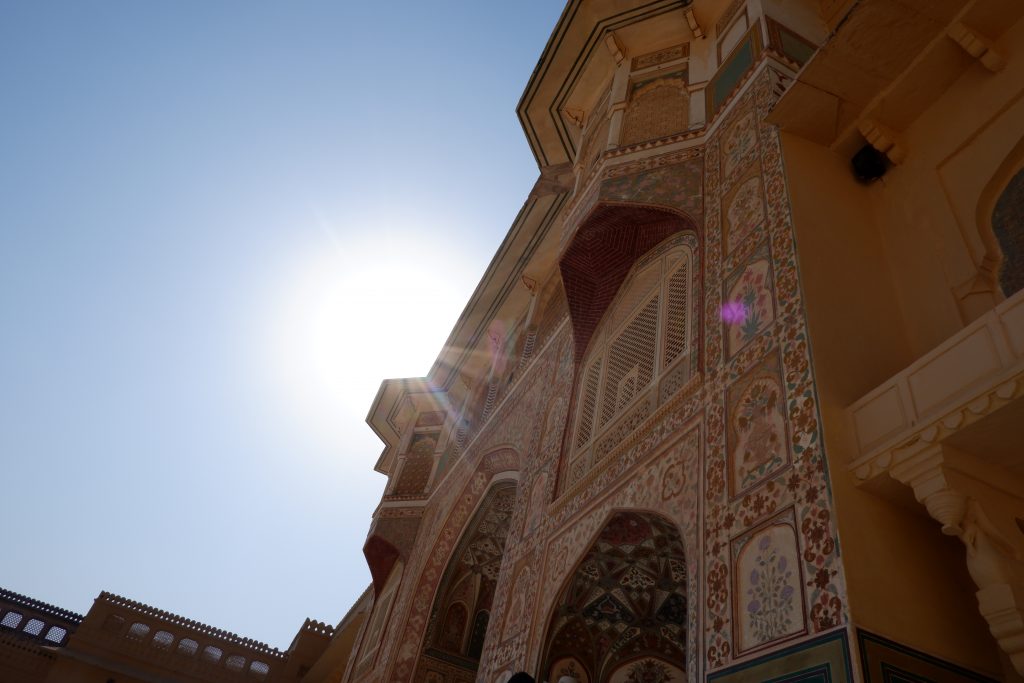 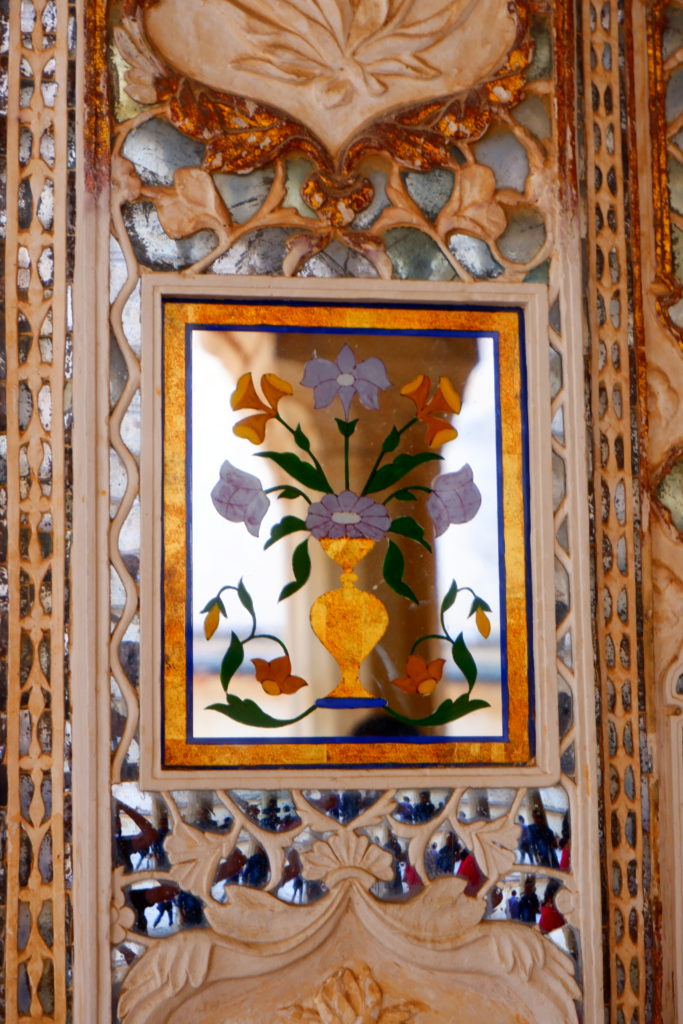 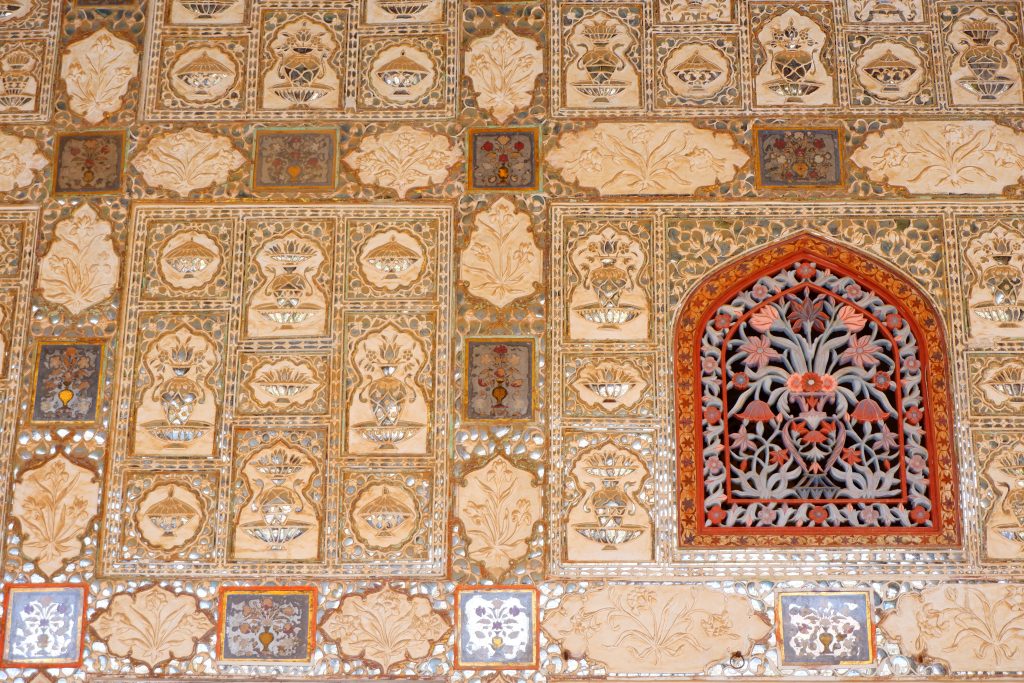 The next stop was Hawa Mahal, the outside of the building is allegedly heaps better than what is on the inside, so had a quick stop to take pictures before heading to the hotel, where we didn’t do much else besides eat dinner.

After a lay in the following morning we had a look around the market which wasn’t completely open, though did have a quick samosa stop with some kachoori thrown in too, before heading to a jewellers and dropped back to the hotel and left to our own devices. I had to go to an ATM, passing a place for some lassi. Whilst crossing the road someone came up to me trying to sell me stuff that I do not want. When he asked where I’m from what seemed to be the perfect opportunity to make him go away turned to shit – he asked me where I’m from and the first place that came to mind was Germany. He gave me a sales pitch in German and I didn’t understand any of it. I have a feeling that next time I should pretend to be Polish. 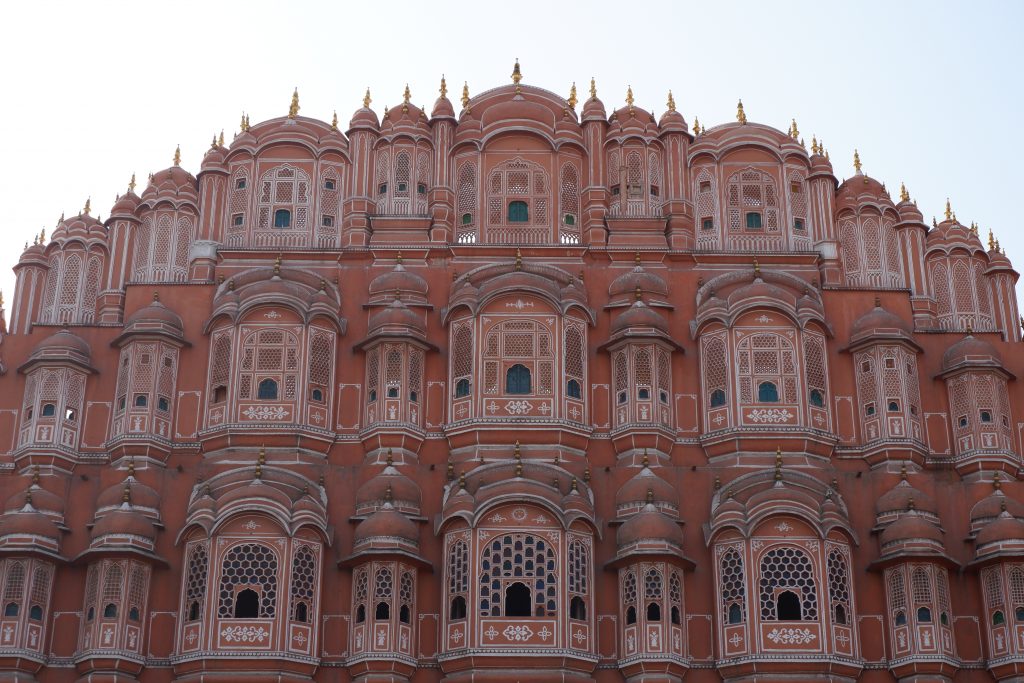 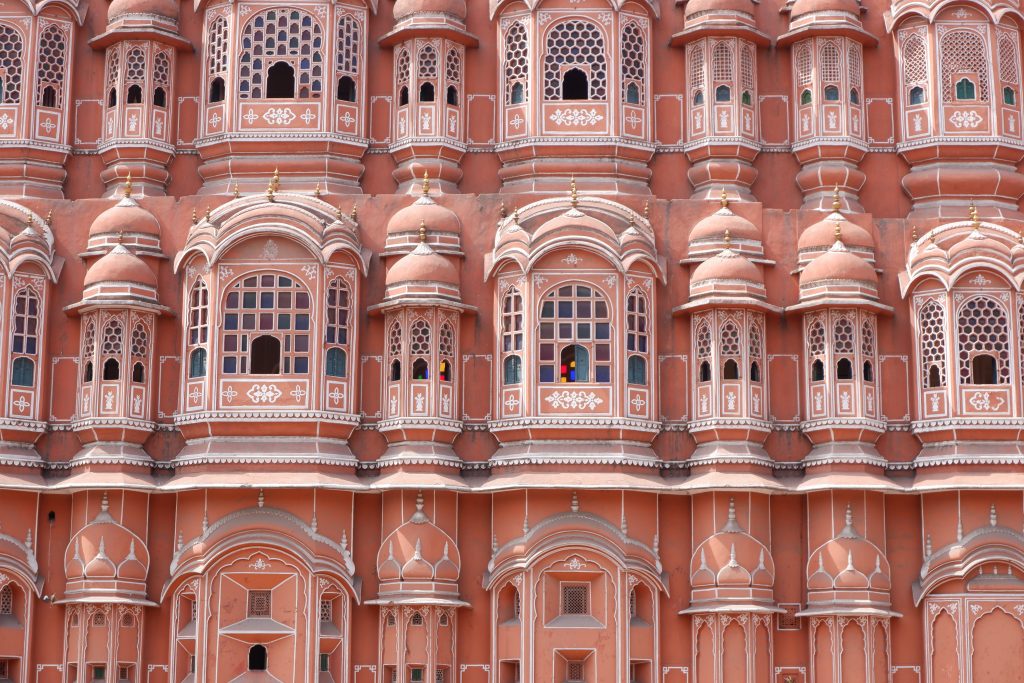 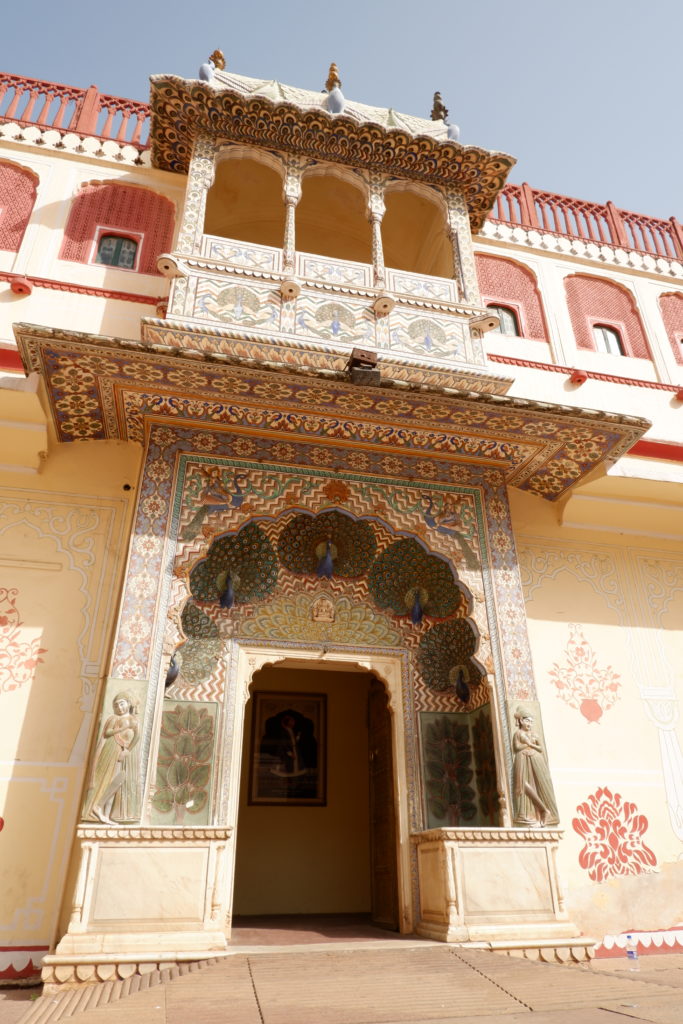 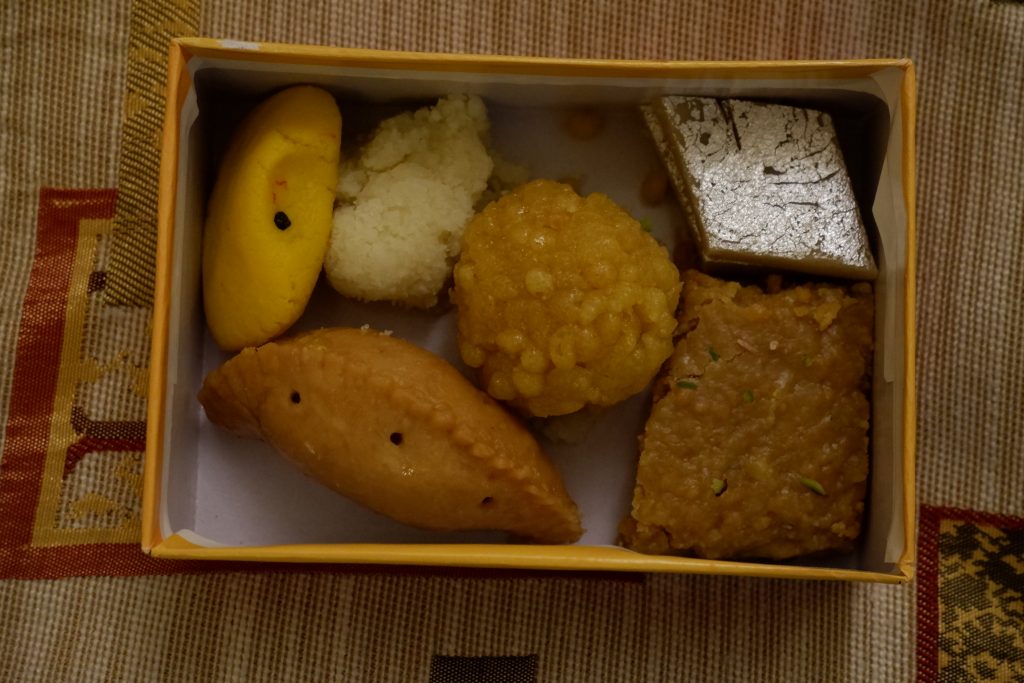 I went to the City Palace, not staying too long as it was hot and had a really nice tuk tuk driver on the way back, asking me what he should expect for visiting Europe for the first time later this year. Apparently everyone has told him to be prepared for the cold. During the evening we went out for a vegetarian restaurant for dinner and had the nicest meal I’ve had so far (I got our guide to choose my meal), finished with an Indian rice pudding. Our guide took us to a traditional Rajistani sweet shop afterwards and I let him pick for me, which he seemed really excited to do.