I thought it’d be a waste to have a connecting flight to Australia and not to visit an Asian city, it was a choice between here and Hong Kong, so as the title suggests, Singapore won. I was intrigued by the cultures here as it is where Malaysian, Indian, Chinese, Thai and of course, Singaporean people live, amongst more cultures,  with the city being seperated into districts. 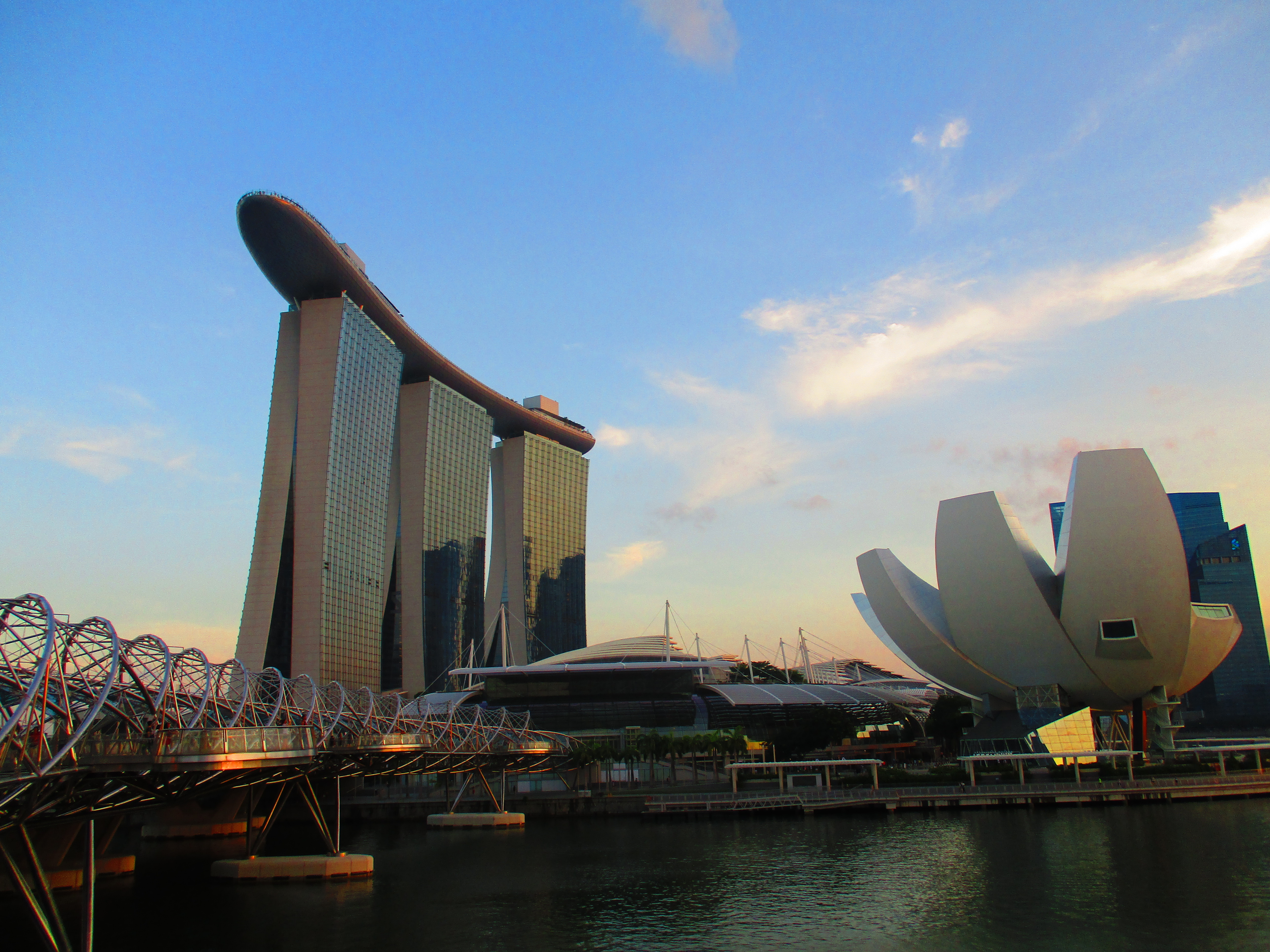 The flight here wasn’t too bad, in total it was 17.5 hours and I have worked longer shifts. I had forgotten how bad airplane food can be; on the first flight the food was ok, but on the second flight dinner could be described as something vaguely resembling meat in something vaguely resembling pastry, and I didn’t even attempt the breakfast. Once I had landed and arrived at the hostel I went for dinner and had one of the best curries I’ve ever had, although it was English prices instead of Singaporean, but the main thing is that it didn’t poison me.

For my first full day I started in Chinatown, and it was far more hot and humid than what I’m used to – there’s a video on  buzzfeed of someone wearing 100 layers of foundation, and you probably have to do the same, but with deodorant if you’re visiting here. The streets are lined with shops, mostly geared with all the standard tourist stuff, but theres some food shops around too. It didn’t take too long to find a food outlet – my first meal was Chicken and Rice which was pretty good, which was chosen due to the massive line outside the stand.

After lunch, I went to a couple of temples, which makes a nice change from the cathedrals in Europe, and explored more of Chinatown before heading to Gardens by the Bay. The area seems to be worlds apart from the likes of Little India; the Gardens aren’t that far from the financial district. I liked the Gardens, especially on a hot sunny day, but wasn’t overly blown away by the indoor conservatory. At the top of the trees, I asked an Asian tourist to take a picture for me, then they insisted on taking one with me – I honestly don’t know if they were taking the piss or if it’s a thing, but I don’t really care.

After the gardens, I came back in to chill, before heading to a Maxwell center for dinner, this time it was Chicken Laska. As a chef in England, you are told that Asian food can be very difficult to replicate, but this I think I could get very close to this.

On Thursday I went to the botanic garden, mainly for the orchid garden which was pretty impressive, I think it’s the best garden out of all that I’ve visited so far. After, I came back to the hostel to rest for a bit as I had a scooter tour with the hostel during the evening. 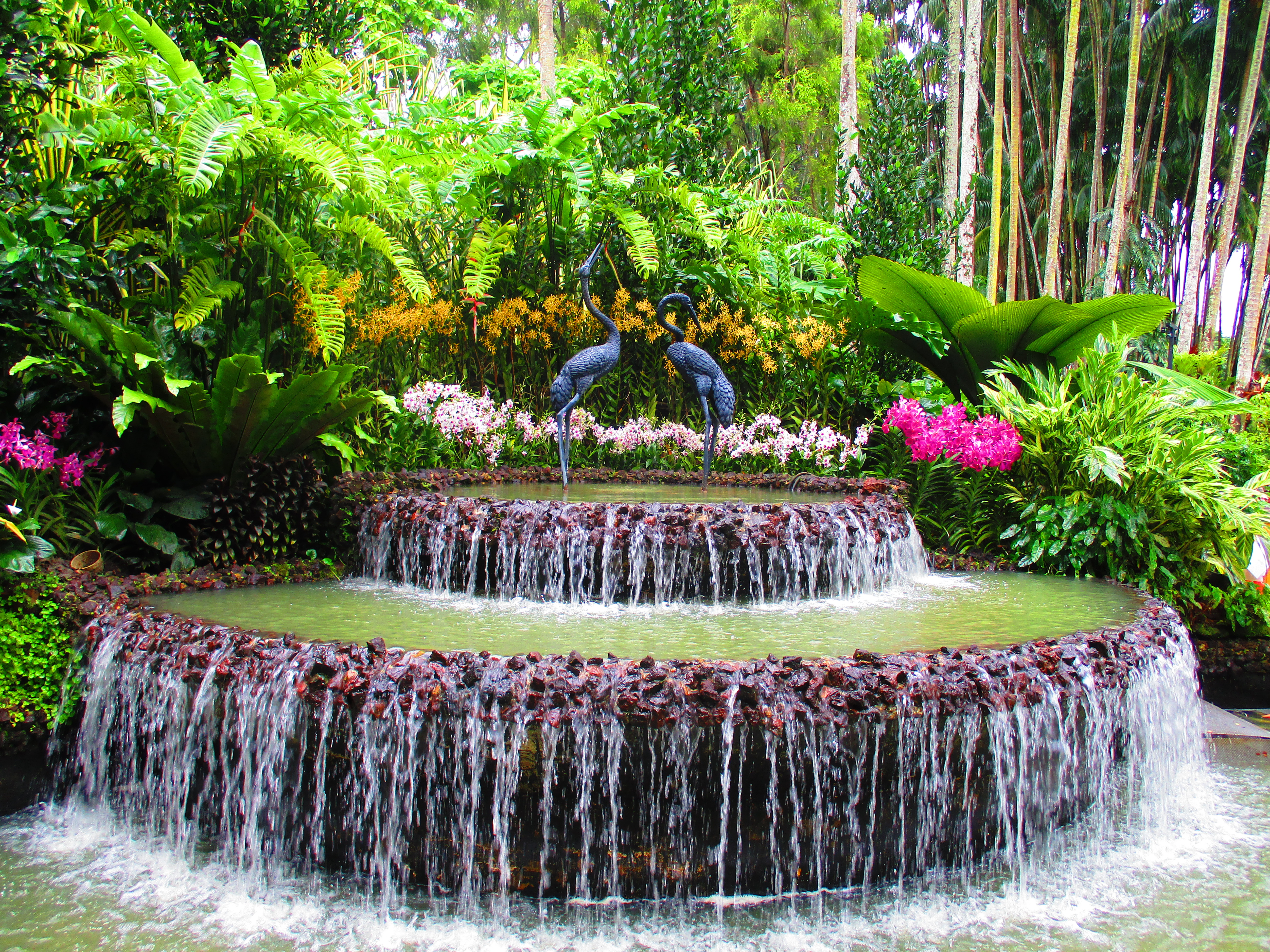 The scooter tour was fantastic, despite the fact that I have impressive bruises on both knees. I am pretty sure that it is the most dangerous thing I have done abroad so far (sorry Mum), scootering in a road with traffic when it was dark outside, but everyone who did it is still alive. We went the Arab distric, then went to get some views before getting some dinner and watching a couple of light shows. One of them was at Gardens by the Bay, which was like being at Epcot, and the next one was on the bayside. They sprayed water into the air and projected the show onto the water. I stayed at the hostel because of the tour, and it was well worth doing – the hostel is the Inncrowd.

The day after I went back to the Arab district to check it out a bit more, then I found a great market with a food area on top and had the best meal I had in Singapore – pork with noodles and a broth with wontons. It was so simple,  but delicious, although I can’t say that I found the chopsticks easy to use.

After, I went to Chinatown, had roast duck for my second lunch, and wandered around. It was insanely hot and humid for the whole day. During the evening I saw the Canadian band Tegan and Sara who put on a great, but short show. The person next to me ended up chatting with me and it turned out that we were staying in the same hostel, so I had a metro buddy to get back.

This morning I headed to Bukit Timah as they have a nature reserve that’s only open at the weekend with monkeys running around. It was a bit of a pain in the arse to find but luckily I started walking with an American who was using an online map. I only stayed for an hour or so as I have a flight to Australia in a couple of hours, and I don’t think I can claim on my travel insurance that I missed my flight because I was preoccupied watching monkeys. I loved watching them in their natural environment with no barriers.

When I first got here, I wasn’t too sure what to make of the city, but once I got to know the area, it has become one of my favourites. I don’t know if I’ll be back as there is just too much of the world to see, but if you can stand the year long heat and humidity, it’s worth it – particularly if you have a layover.