My final trip this year was Edinburgh, a 4.5 hour train ride from Kings Cross St. Pancras. I had a week before I start my new temporary job before I go to Europe early next year, so I thought it’d be silly not to take advantage and go somewhere. 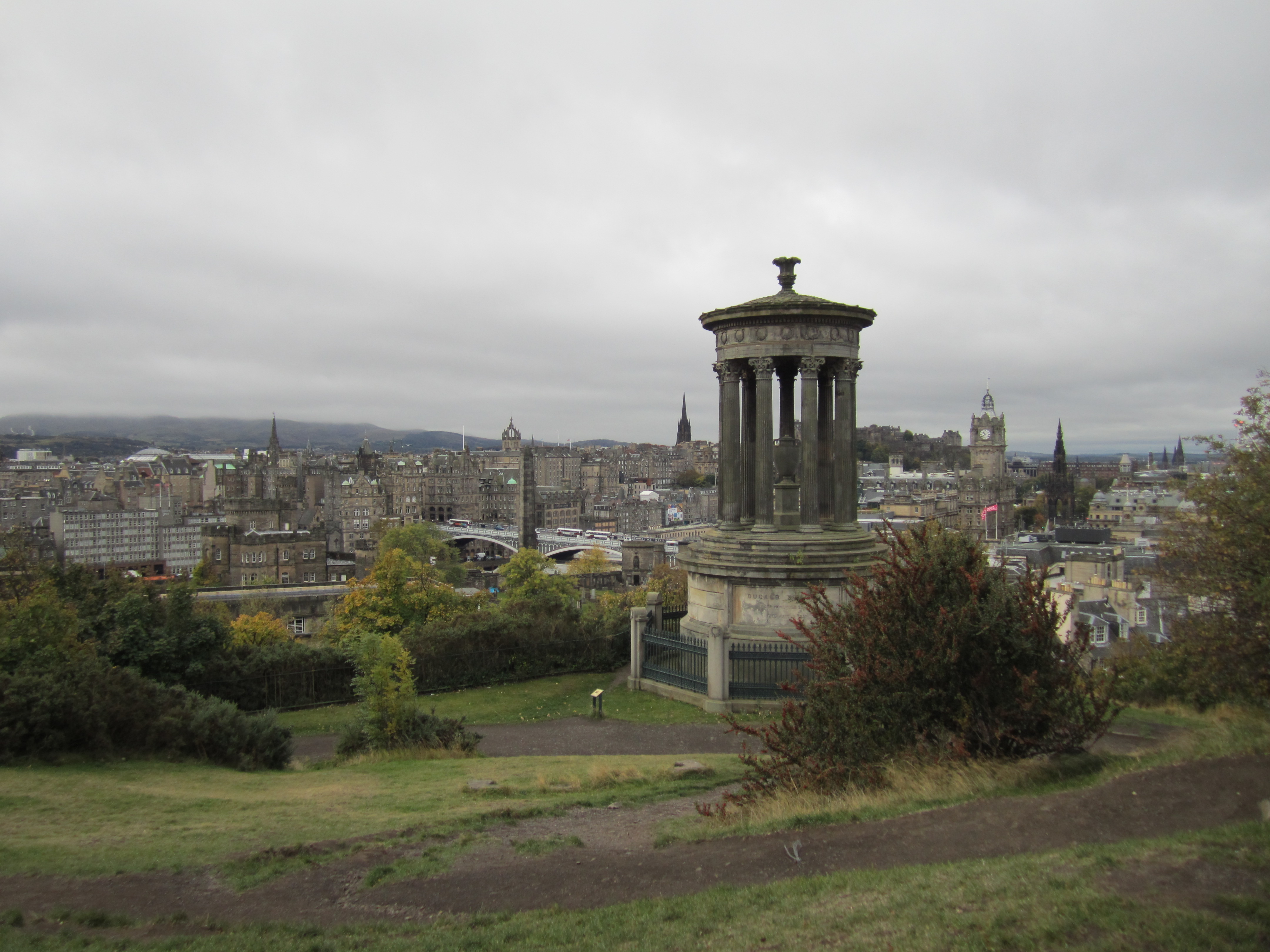 After a 4.30am start, I made my way to Kings Cross and arrived in Edinburgh before midday. Initially, I had expected the city to be like London; too many people and not very rural, but I was proved wrong. The first thing I did once out of the station was find the hostel that I was staying at. There’s a first for everything and I managed to accidentally follow the directions backwards to somehow reach the hostel. After I checked in and dumped my stuff in my room, I went for a walk through the Royal Mile, but as I had been up for around 10 hours at this point I was in the ‘proper cba’ mood, so I found a cinema and saw the ‘Suffragette’ film which was pretty good. I then went back to the hostel and went to bed. 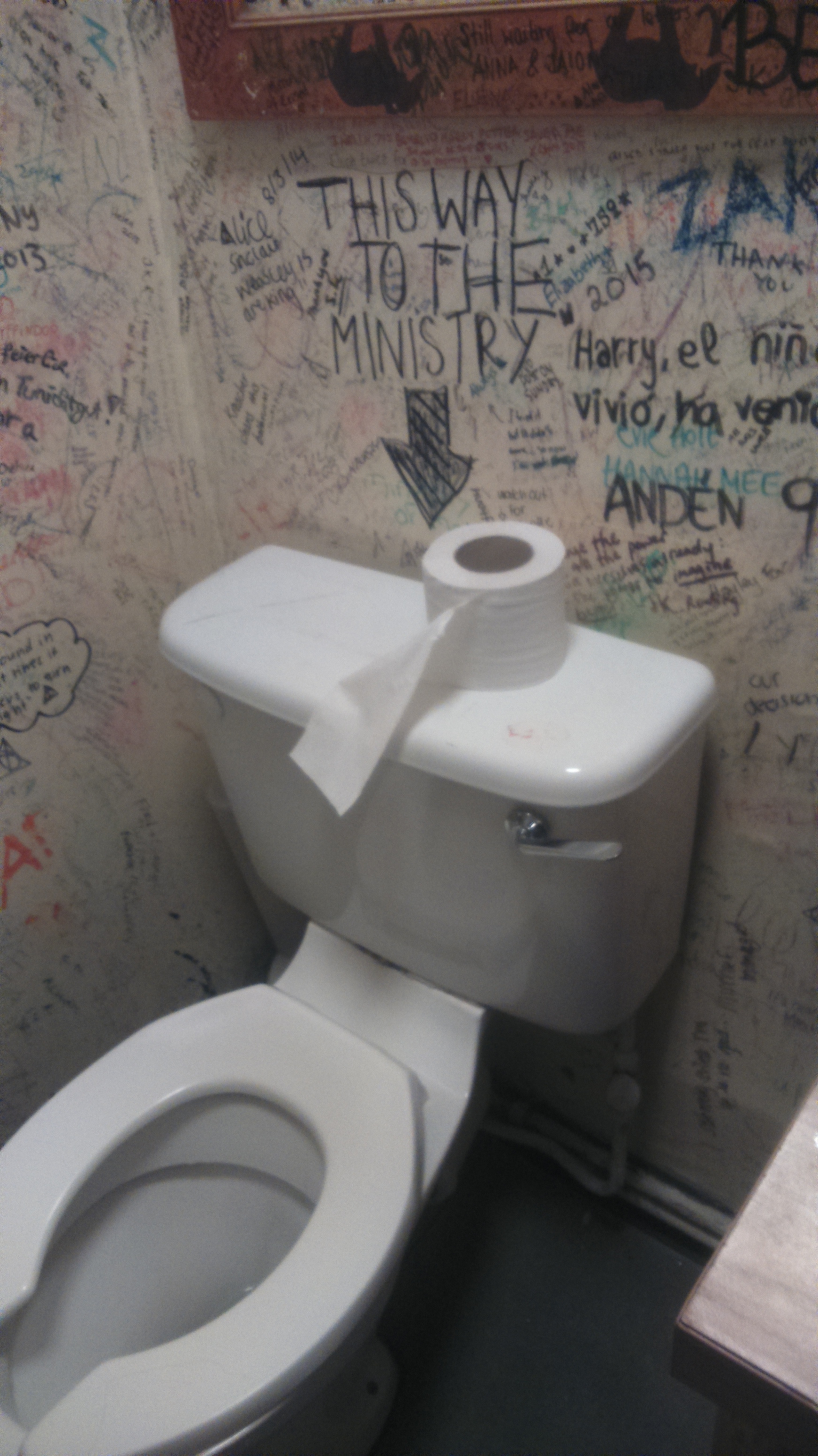 The next day was started with a bacon roll in the Elephant Cafe – where JK Rowling wrote the Harry Potter books. The cafe itself wasn’t that different to your standard cafes but the graffiti on the walls on the toilets was unbelievable. I was actually surprised that no one had lowered the tone and drawn a dick on the wall.

After this, I hiked up to the top of Arthur’s Seat. I have never really hiked before unless you count climbing up a ski slope in crocs at 7am questioning how sober I was whilst working in France, but that is a story for another time. Hiking is definitely a lot harder than it looks, I had always classed it as glamorized walking but I definitely have a lot more respect for it now. The view was amazing from the top and had definitely picked the right day to climb it as the next day was grey.

After what I thought was a well-deserved nap, I was intending to go inside the castle, however, at £16 I thought it was a bit of a waste of money as I had a better view of the city from Arthur’s Seat. Instead, I went to Princes Street and did a bit of retail therapy.

Wednesday morning I went to Calton Hill. I don’t really understand the history behind it, but it is a nice palce with a good view over the city. By this point, I had already done everything I wanted to do in Edinburgh so I had a bit of a wander through the park on Princes St , had a look through the shops on the Royal Mile, then went back to the hostel and finished the book that I’d started on the train.

For me, this trip goes to show that you don’t really need to go abroad to have a decent holiday. From what I saw, Edinburgh is such a nice city and if I were to spend more time there I would definitely branch out a bit more into the open, unpopulated green space as it is something I feel that London is lacking. Next time I go up to Edinburgh, I think that I will probably go whilst the Fringe Festival is on (and take back what I say about it not having too many people…) just so that there’s a bit more to do there.