I arrived in Ljubljana (so glad that I use autocorrect) after a 9 hour bus journey on Sunday, to find that Sunday and Monday were bank holidays and that there would be next to nothing open. I had initially wanted to spend the afternoon in the city, then Monday at Lake Bled and doing whatever I missed in the city during the afternoon, before packing my bags and moving on. Needless to say, that did not happen.

Sunday evening wasn’t too exciting unless you count finding a supermarket that was actually open, which took around an hour. Monday, I braved the weather and visited Lake Bled. I actually keep track of the weather forecast, which is something that I never thought I’d actually do, which showed that the whole week in Bled would be the same.

It took an hour and a half to arrive by bus. As it’s quite an outdoorsy place, there’s not a lot to do when the weather is bad. I spent a couple of hours there – I climbed up towards the castle, having to put a bit of Calvin Harris on to pump myself up for the walk, which gave the view that you see on the postcards. There is always one thing consistent with big hills, and that is there’s always a car park on top of it. I spent another hour walking around the lake, stopping off for some pizza, before getting the bus back to Ljubljana. As it was a bank holiday, I came back to the hostel as there wasn’t much open.

The next day I spent in the city, typically having the weather I would’ve loved to have in Bled. I first went to Metelkova Mesto which is weird but wonderful – it’s a place that comes alive after midnight, yet is still cool to see during the day. After, I went walking around the city to see the main sights. I walked up to Ljubljana castle, which was a steeper walk than my climbing up a ski slope commute to work whilst I lived in France, stopped off for some sausage for lunch and then went to the park for a bit. There’s a National Geographic display in the park to celebrate 100 years of the American National Parks, which may have given me some ideas for after Australia and New Zealand. My parents might recognise the picture… 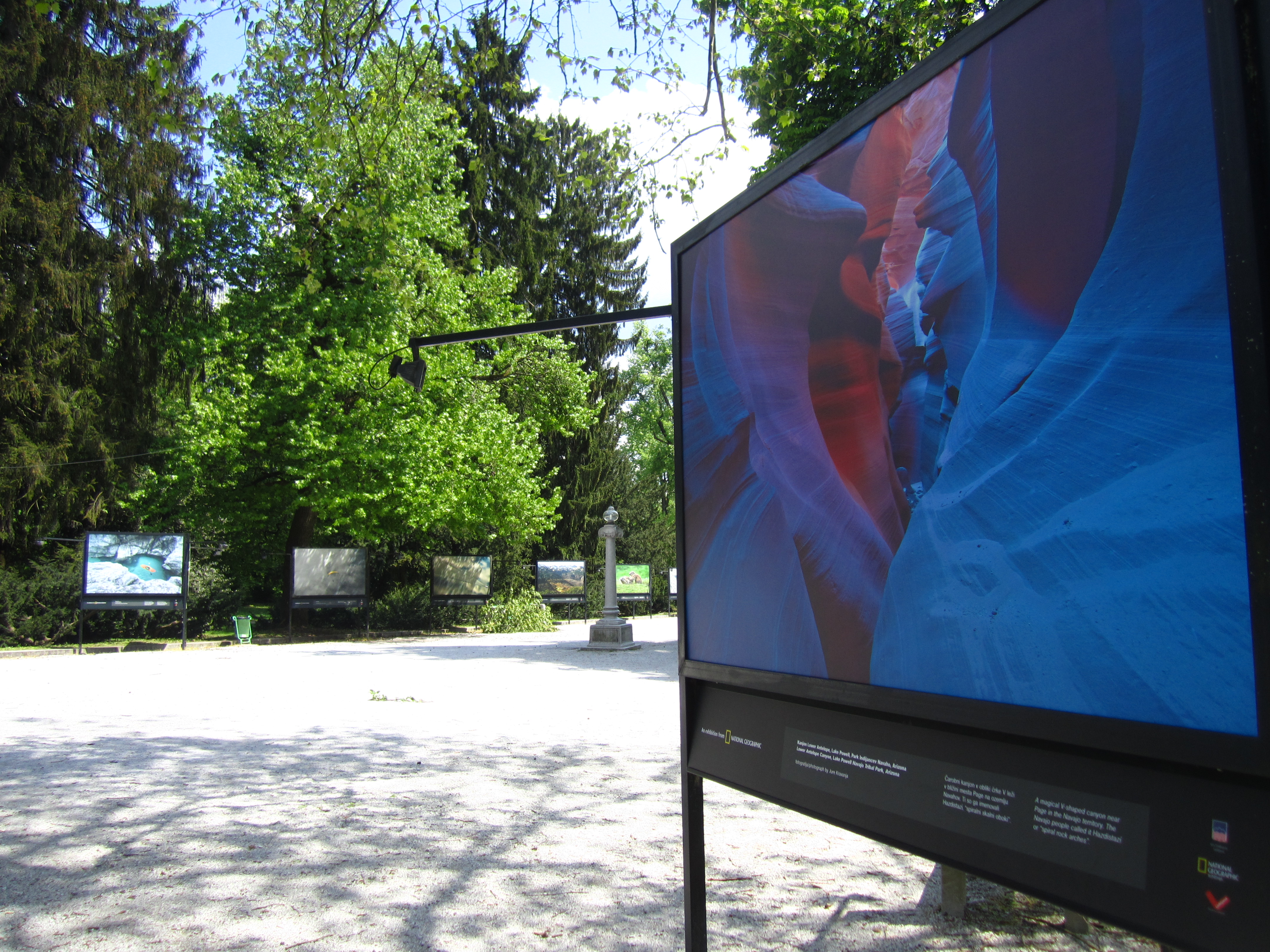 There doesn’t seem to be a lot to do in the city apart from galleries. I came back to the hostel when I was done with the city which, compared to most others I’ve visited, didn’t take long. My kindle has definitely been put to good use recently. 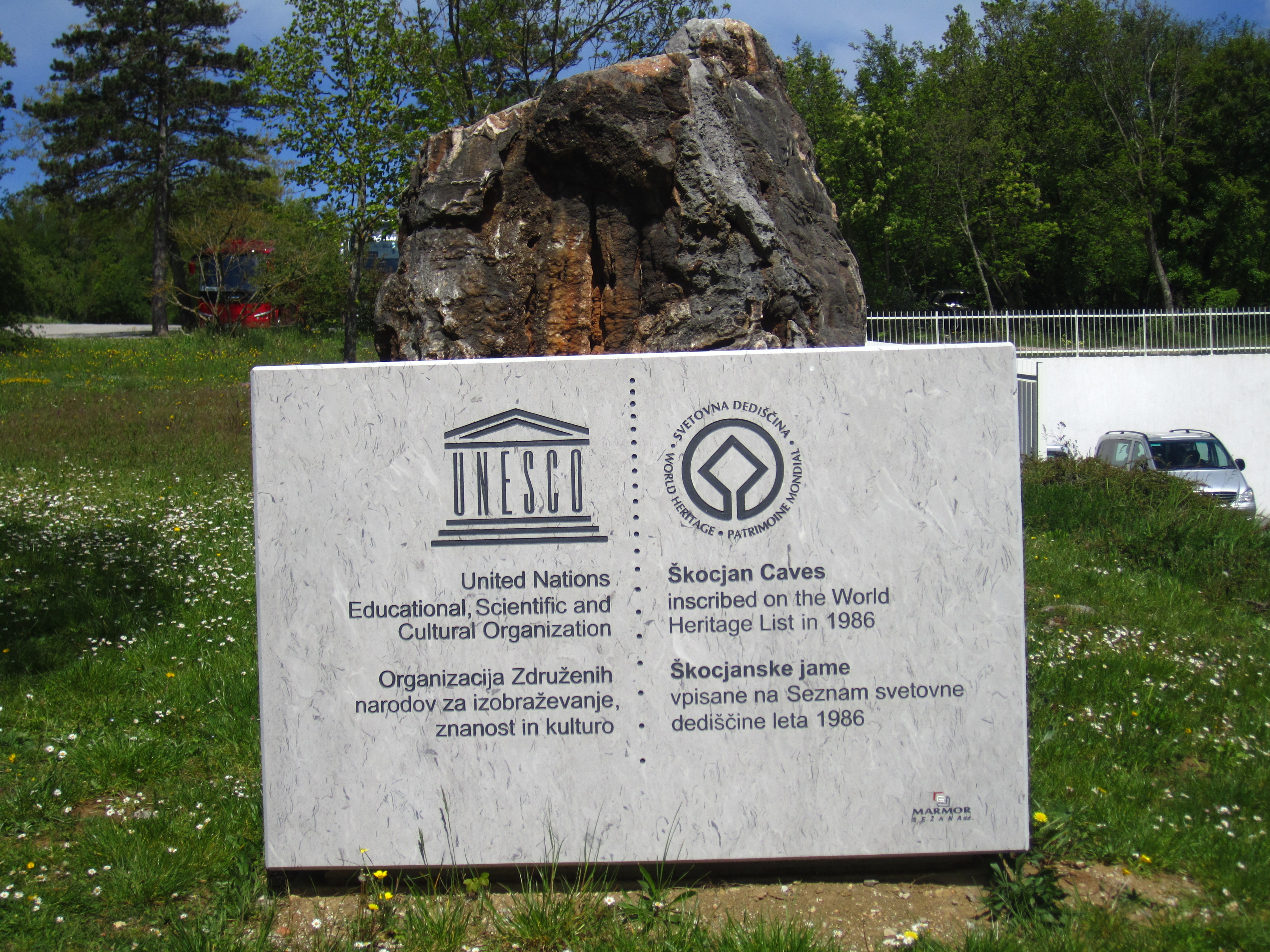 Wednesday morning I set my alarm for what I consider to be early – 8.15am. I have never seen it in a hostel unless a group of people are travelling that day, but the five other people in my room were up and ready to go before my alarm went off.

I had been chatting to someone in the hostel who raved about Skocjan Caves. Dad had mentioned going to some caves too, so I extended my stay to go. It was an hour and a half bus ride there, then had to wait around for an hour or so before going inside, then an hour and a half back again, but it was so worth it – the caves are stunning. Places like it remind me of Lord of the Rings movies. You aren’t allowed to take pictures inside, although you can probably get away with it, so if anyone wants to see inside I’d reccommend a Google search.

I have definitely liked Slovenia a lot. I think that if you’re going to just Ljubljana then you’ll be disappointed, however, it does not take long to travel halfway across the country which is where the National Parks are.