I wanted to leave Slovenia and go into Germany, but the hostels were fully booked, expensive and/or not great. Instead, I asked Dad for a suggestion for somewhere in the middle and I liked the sound of Graz. The day I arrived I went out without a map to have a look around, it was a really nice day and all the shops were shut, it seemed as though everyone threw a sickie to enjoy the weather, but apparently it was a one day festival. 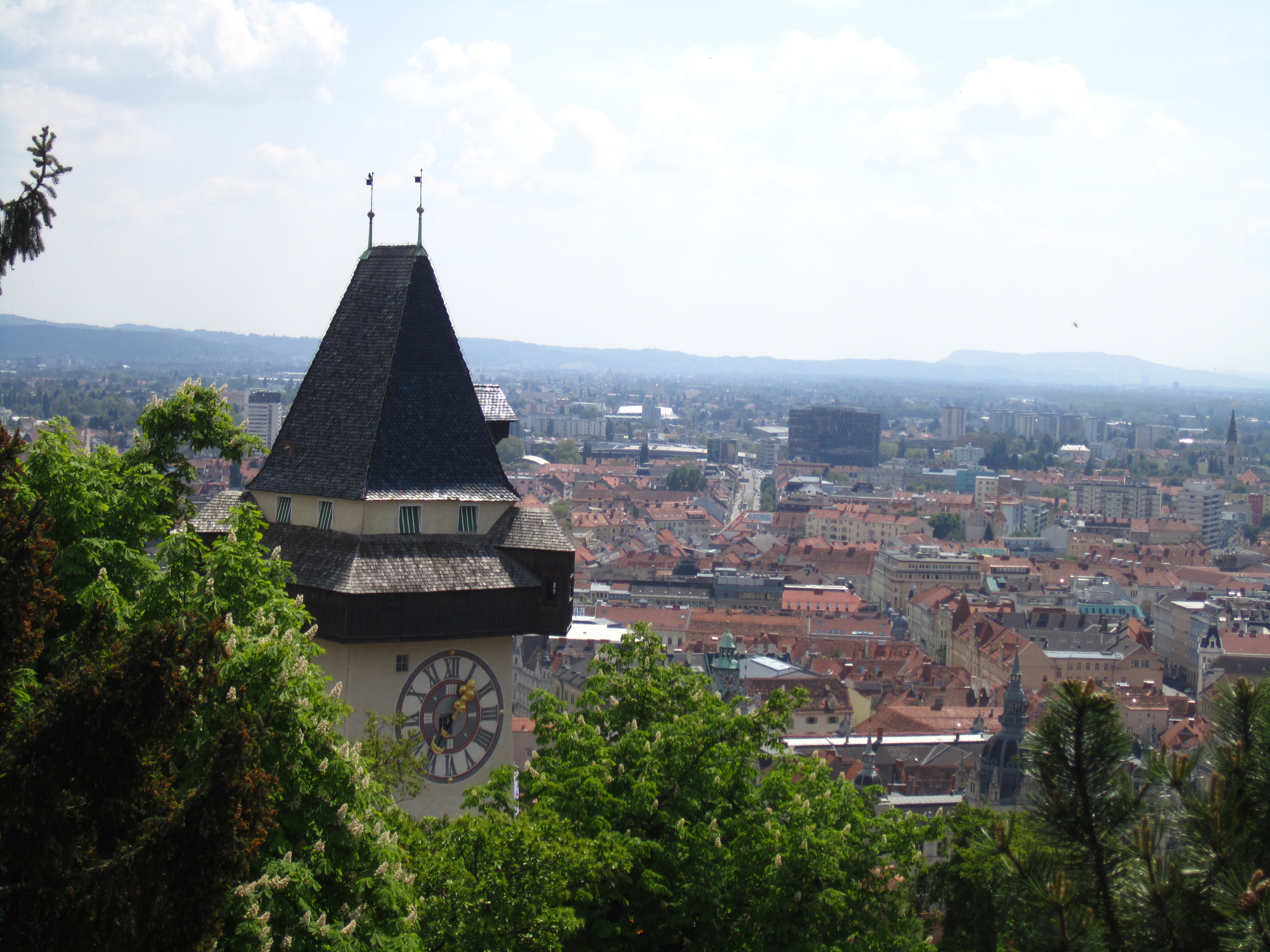 Friday, I got into the city around midday so I climbed up the hill in the city. I spent around an hour up there – it’s a big area with a lot of steps to get to the top. After, I had a walk around before getting some lunch, then walked to Glockenspielplatz to watch the clock as the hour changed, kind of like the one on the Astromonical Tower in Prague. I waked around a bit more then decided to go back into the hostel so I had something to do on Saturday.

Today after a lay in,  I headed out for breakfast, in the form of an apple strudel. After I made my way to the double spiral staircase which wasn’t very exciting then walked around the city for a bit, until I found something for lunch. For most of the afternoon I climbed up to the top of the hill and found a quiet spot to read some of my book, until it started to rain – I think umbrella #5 of this trip is now buggered. I came back to the hostel, to try and probably fail to have an early night as I need to be up painfully early on Sunday.