I’ve spent a good few days doing day trips as opposed to staying a city. Pompeii was my base mainly because the hostel was €15/night rather than €30+ in Naples. It took six hours to get down to Pompeii.

I realised that the hostel has quite particular opening times when I spent half hour pressing the doorbell. Whilst I was at the hostel I had to bugger off at 10am and a not allowed to be back until 2, the problem being that I’m barely out of bed by 10.

After ditching my bag I went to the ruins which were alright – pretty much an outdoor museum. It started to rain and I really needed a coffee and/or nap so I got around the place quite quickly. I then had a nap before researching he rest of my stay here. It turned out that I missed quite a bit of the ruins but to be honest I’m not that fussed about it.

On day two I headed to Mount Vesuvius. It was  €5.40 for a return ticket on the bus which no one seems to know about, which is a bargain compared to the tour companies that drop you off and pick you up. The bus driver on the way there was like my driving, which is terrible.

Google said to dress up as it’d be cold, which I interpreted as wear another layer. Obviously,  it was cold and it started to snow at one point. The bus dropped us off at the ticket office and then again at the road near the crater, then you have to do the work and climb up the rest. It was great to go up to the top although there was not a lot to see. In total it was almost a 3 hour round trip.

The next day I went to Sorrento, just off the Almafi coast. I was intending to go to Capri but wasn’t too sure how public transport would be on Good Friday and didn’t fancy getting stuck on an island as a result. Sorrento was nice but there wasn’t a lot to do. One of the things that amazed me was that there were lemons about half the size of a new born baby in every street. I stayed for lunch and a beer and then returned back to Pompeii. I went out for dinner with one of the women from the hostel and had a bit of man vs food pizza for dinner. I won.

On Saturday I went to Naples. It wasn’t the nicest city I’ve been to but the pizza was one of the best I’ve had. I arrived in Naples at around 11, went to the main street and stopped off for coffee and a cannoli which is a pastry I’ve been wanting to try for ages -it’s a deep fried sweet pastry stuffed with a sweetened ricotta, which will probably give me a cavity just thinking about it. Next I had a bit of a walk before deciding to have a pizza; I’d seen on the Internet that I should have a Napolito pizza (probably spelt wrong). I was a bit disappointed that it didn’t have cheese,  but after working in kitchens for a few years I’ve used a fair bit of colourful language to describe the people who send food back because they don’t know what they ordered. The pizza base was the best I’ve ever had, besides the one I ate in Milan.

Apart from the pizza, there was nothing really that I wanted to do in Naples so after walking around for a bit, I went back to Pompeii. I chilled for a bit and went for dinner with someone from the hostel. The evening resulted in us trying to face swap with an orange that had a face drawn on. It was unsuccessful. 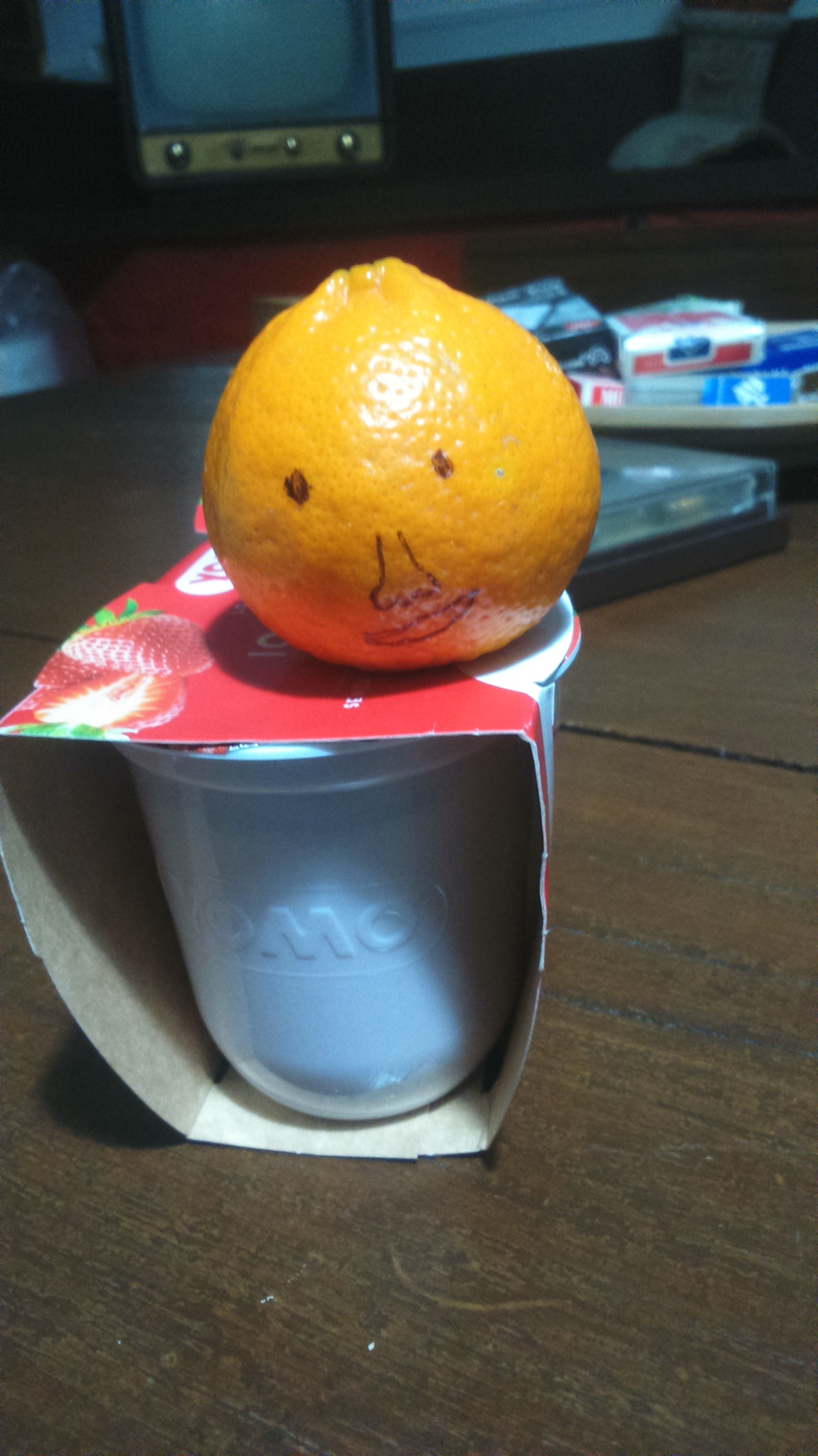 It was nice to have a chilled out stop and it looks like it’ll be a few weeks before my stop where I’ve planned to do pretty much nothing for a few days.