The train to Porto had free wifi so I had a look over the past entries – I’d been away for just over three weeks at this point but seems longer as I’ve done so much, my body is definitely feeling it now. I arrived in Porto on Wednesday afternoon, sorted the usual stuff out then went to explore the city. The journey is mainly downhill, but it’s the kind of thing where you have to be mindful that the way back will be completely uphill. I had a look around for an hour or so, did a bit of food shopping then came back for dinner and a rest.

The next day I was feeling less shattered so I went for a walk into the city. The food market was shut so instead I went for a walk then went on a boat ride. The boat ride was nice but as I’ve come to find, people and their bloody cameras annoy me a lot. 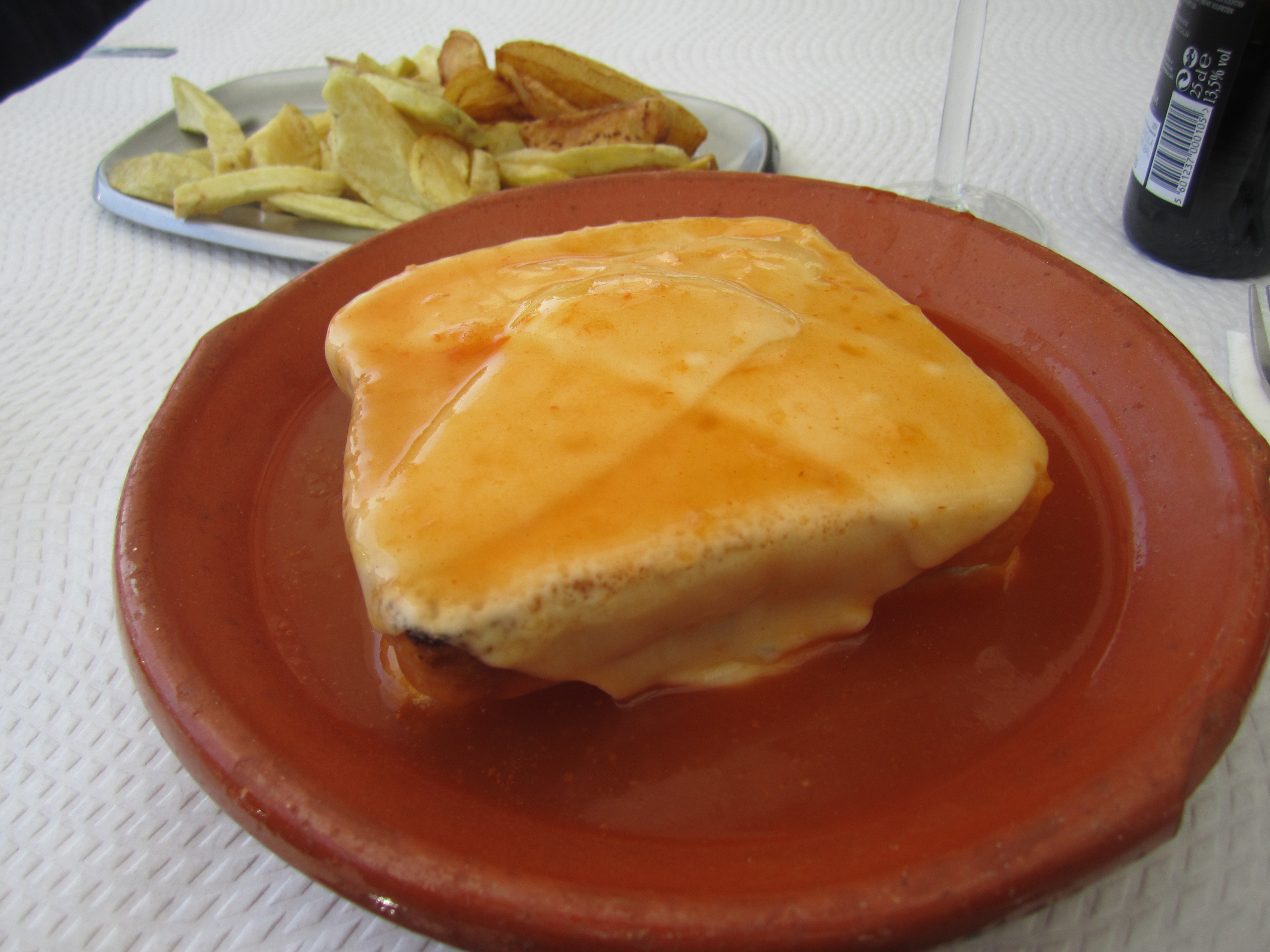 It was a lovely day and the views from the side of the river are so nice that it’d be rude not to have lunch there. I’d been so excited to try Franceschina – a sandwich with sausage, bacon, roast beef and I think one more meat, topped with melted cheese and a fried egg, which I left off as I don’t like them, served in a generous serving of beer sauce, with chips. It had actually been reccommended by vegetarians and was amazing. Basically, if you want a heart attack then this is the way to do it.

After this, I crossed the river and went for a factory tour to Taylor’s port cellars, which was €5 for entry and three small glasses of port. I was genuinely interested in the process of making port – not the ‘I’m here for the wine’ kind of thing and it was pretty interesting to hear about how controlled everything is, besides the climate for growing the grapes. We got to taste the port made with white grapes, which surprisingly was my favourite as I strongly prefer red wine to white, the standard port you’d find in most places and a 10-year one that had been aged differently to the others. After this, I went back to the hostel.

The next day I woke up and it was raining, so I went out anyway as I needed to buy train tickets to get back to Spain, and I prefer to do this in person as opposed to online. It the  started to rain pretty heavily, and as I could really do with a bit of a break from the whole travel malarkey (#firstworldproblems), I thought it do me good to stay in for the day.

I’m heading back to Spain which will take around 18 hours to reach the Basque region, which takes a bit less time than flying from London to Australia. I’m not terribly excited about the journey, but I am excited to get back to Spain.