There was a 10 hour train journey to get to Lisbon. The compartment I was in had four beds, less than half the size of my studio flat in London and I had it all to myself. I got a solid 4 hour sleep on the journey and passed the time watching Family Guy, reading and of course, wondering if the train would go fast enough to make me fall out of the top bunk.

I arrived in Lisbon completey shattered, found the hostel and did my washing (no one cares about that one, I know), had some breakfast then ventured out into the city to see what is where before making any plans for the rest of the time that I’m here. I got halfway into town and it didn’t just rain, it relentlessly pissed it down for what turned out to be hours. I got soaked and got through two umbrellas.

One lesson I seem to learn the hard way is how appropriate my footwear is, or rather, isn’t. My shoes in New York last year weren’t resistant to snow, my nikes got soaked through in the rain and I have been chased down a ski slope whilst in crocs by a dog on more than one occasion- which was especially great when I lost one in the snow. You live and you learn, or in my case as many people know, I don’t. 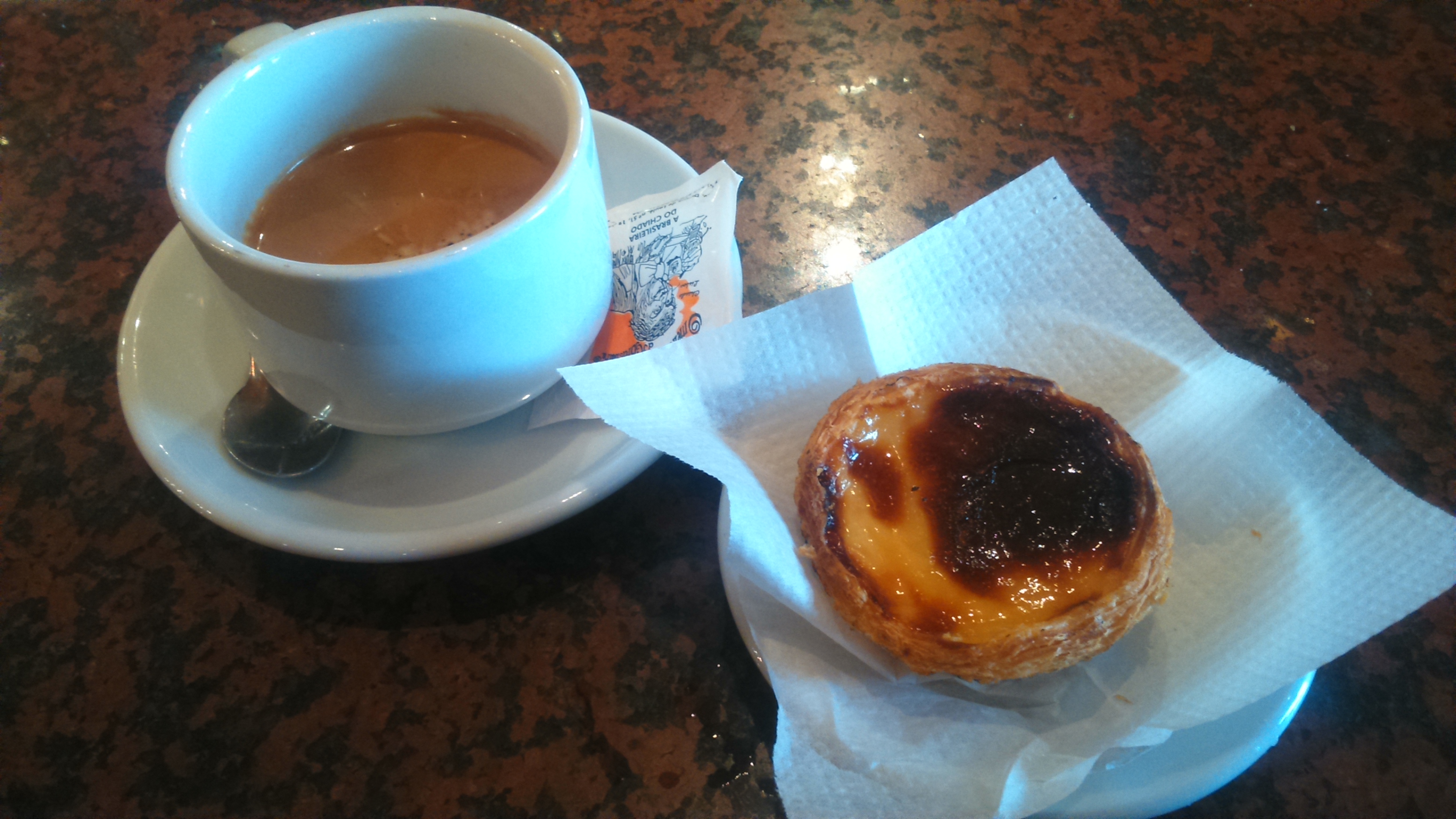 Whist it was raining, I stopped off at a coffee shop that has been around for over 110 years and had a coffee and a pastei de nata which was by far the best pastry that I’ve had in a long time. It stopped raining so heavily so I took the chance to return to go back to the hostel and put a dvd on – when I return to England I think the first thing I am going to buy for Australia is a waterproof jacket.

The next day wasn’t great either. I went to Belem to try the pastries which weren’t as amazing as I’d heard, then I went to the monastery just because it was there and then it started raining again, so I got some cover and went back to central Lisbon. I stayed in for the rest of the day and ended up slipping over my own flip flop which caused my ankle to swell, so I didn’t get up to much the next day.

On Monday I went to Sintra, which left me one day to explore Lisbon properly.

Tuesday, I bought a ticket for the famous 28e tram that goes around the main points of the city. I got on the tram at what seemed to be the unpopular side of the road which took me to the terminal, where I got on another empty tram, and from there stayed on the tram until a car broke down right in front of it on the tram lines. After, I stopped for a coffee and went back to some areas that were on the tram line,  before stopping off for some grilled chicken (I’m really craving a nandos at the moment) then reading my book next to the beach.

I don’t want to sound like I’m moaning as I’m aware that not everyone can pack their bags and travel for an extended period of time, but have to say that despite everyone praising Lisbon, I’ve not really been too fussed by the city. The only things that drew me here really were the 28e tram, pasteis de belem and going to Sintra. I’m optimistic that I shall enjoy the next stop more before I have a 20 hour or so door to door journey back to Spain.