Having spent a couple of nights attempting to sleep on a train already,  I was less than optimistic about getting a decent nights sleep on my overnight journey to Vienna. It turned out that either the staff on the train gave me an exceptionally good coffee or that I did sleep pretty well. Or both. The compartment was about a third of the size of my studio flat in London which I shared with four others.

I arrived at the hostel at 8am, dumped my stuff and went to the museum quarter for a look around. First impression of the city was that it is incredibly nice and might even be one of my favourite cities so far (Barcelona will probably remain unbeaten until I get to Australia). I joined the hostels free walking tour which started at the market outside the hostel,  and was definitely more intresting than the ones in Spain. We got taken through the market and then through to the city center – with these tours,  it is generally difficult for me to take all the information in, but a lot of it you’d walk past without a second thought. For instance, one square of the city was used as an underground  shelter during World War II and got destroyed in a bomb,  killing more than 300 people. Today, it is a memorial to those who died there as they do not want to build on a cemetery, and one of the memorial statues is on marble taken from  a concentration camp. 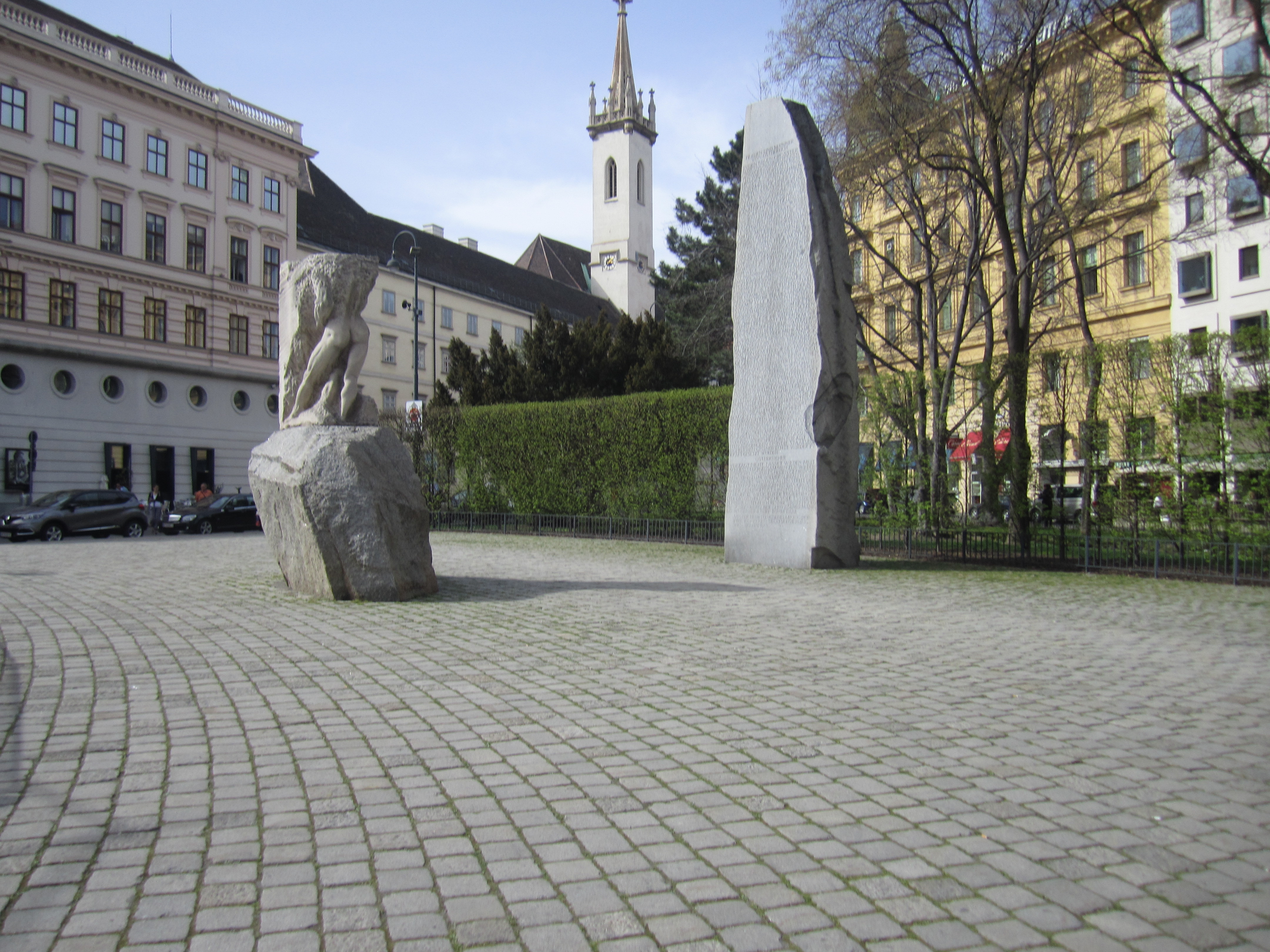 After the tour, I had stuff to sort out in the hostel, then I walked through the city, stopping for a coffee. I walked around a bit more and was pretty tired as I’d been out and about for a while, so I came back to chill for a bit. I was going to see the opera-there was apparently not a very strict dress code but I didn’t know if wearing the same clothes for longer than socially acceptable would comply, so after quick change I went out. I had been expecting to be the most underdressed person there as that always seems to be the case, but for once in my life quite a few people beat me to that. The building was so nice, but the opera really wasn’t my thing as expected, so I left after the first half with a lot of people.

Tuesday, I started the day off at the Secession exhibition cente and as they are renovating the place there was not a lot to see. I then moved on to the town hall and got lost afterwards so I found a metro station and went to the Summer Palace. It was a really nice day and after climbing up a hill there were really nice views over the city. I was in the area for a couple of hours then went back to the city center.

The next stop was Cafe Sacher, where I ordered the obvious – a sachertorte.  Chocolate and fruit is really not my thing but this was amazing. I have had better chocolate cakes but this was probably the classiest one I’ve had. After, I went to the top of the tower in St Stephens Cathedral, which has 360-odd steps to the top. There wasn’t a viewing platform at the top, but instead a gift shop with quite a few windows. After going down I tried to find a certain coffee shop without much luck, so I returned back to the hostel.

I started Wednesday off with a trip to the wine region of Vienna – it took the metro and a bus to get to the top of a hill, then a walk through the forest and the vineyards to get to the village. The walk was really nice, and it felt good to get away from traffic and people for a bit but found out that the wine taverns wouldn’t open for another five hours or so, so I made my way back to the city.

With the coffee culture here, it’d be a waste not to appreciate it. I do like a good coffee and the coffee houses here are brilliant. I chose Cafe Central, which is a place Hitler visited when he lived in Austria – I didn’t visit for that reason, but if it has been going since at least the 1930s, they must be doing something right. The coffee I had was good although the service was very rushed in there, maybe because it could have been the lunch time rush.

Whilst in there, I had a Google of what to spend my afternoon doing – the Natural History Museum had pictures of dinosaurs on their front page, which sold it to me. It was quite interesting to see the materials that the Earth can produce and how life can be formed on this planet, as well as how different humans were thousands of years ago. They also have a floor of animals stuffed by taxidermists – I liked seeing the amount of species of each kind of animals, there are rather a lot.

After that, I stopped of for a cheeky kasekrainer – I’d watched the Vienna programme of Travel Man on channel 4 before I went away and this turned the city from a probably to a definitely. It is a smoked sausage made from pork and cheese, which I can imagine would be even better after a large amount of beer. It was right outside the Albertina gallery which I went in after. There was work from Monet, Van Gough as well as a few other rooms of artists  – I spent a couple of hours inside before heading off back to the hostel.

Thursday started off with a visit to the History of Art museum as I’d heard people in the hostel saying it was good. The Egyptian and Roman eras were cool, but when it got to the art from the 1600s with the ornaments and clocks, it started feeling as though I’d gone to the antiques roadshow. Upstairs was oil paintings which I didn’t spend too long looking at. The museum was alright, but nothing special.

For lunch I went to a coffee house called Cafe Sperl where I had an apple strudel, I was going to save it for when I get to Salzburg in over a months time but no other cakes really appealed. Normally I’m not a fruit dessert kind of person but I really enjoyed it. After, I went for a walk, before coming back to the hostel to start my chilled out weekend early.