I arrived in Krakow after having a few cock-ups on the way. One of them being that I realised that I booked one night less than what I thought. After arriving, I had a walk around the old town, bought a bottle of vodka and saw the fire breathing dinosaur statue, having stopped for a zapiekanki the size of my forearm, and went back to the hostel.

I had booked to go to Auschwitz on Monday, which is one of the reasons I came to Poland. A car came to pick a group of us up from the hostel to take us there and we went to a group tour. Our guide was brilliant and took us around two camps; it was hard to believe that we were standing in a place where over a million people were imprisoned, and most died. One of the things that really stood out was a wall covered in framed pictures of the victims, and usually you see in holocaust museums that theres a few survivors. The pictures here were displayed with text saying their names, date of birth, occupation, date of arrival in Auschwitz and date of death, and all had died by 1944, most a couple of months after arrival.

The top right picture is a flag above a memorial where the camp prisoners were shot, and the blue and white stripes symbolise the striped clothes worn in the camp. The bottom right picture shows the sleeping conditions, each 3-tier bed (the floor being the bottom tier) was built for 12 people, but often had at least 20.

After arriving back in Krakow, I went for some more zapiekanki then I came back to the hostel via a 24 pierogi place and stayed in for the evening.

Tuesday stated with a tour around the Jewish Quarter. To hear about the Jewish population settle from the Mediterranean and into Krakow, and then the transformation of the population over the past 100 years was interesting, but otherwise it was a bit meh. One thing that I found amusing was the bridge with the padlocks on, only for the couple to split up so parts of the bridge are broken to erase the traces if the relationship.

Once again, I stopped for some zapiekanka for lunch, then during the afternoon I visited the salt mines. I was expecting it to blow me away, but I didn’t find it all that, although I’m glad I went. I don’t want to post pictures of it in case someone who’s going sees and I ruin it for them, but it will be on Google Images. 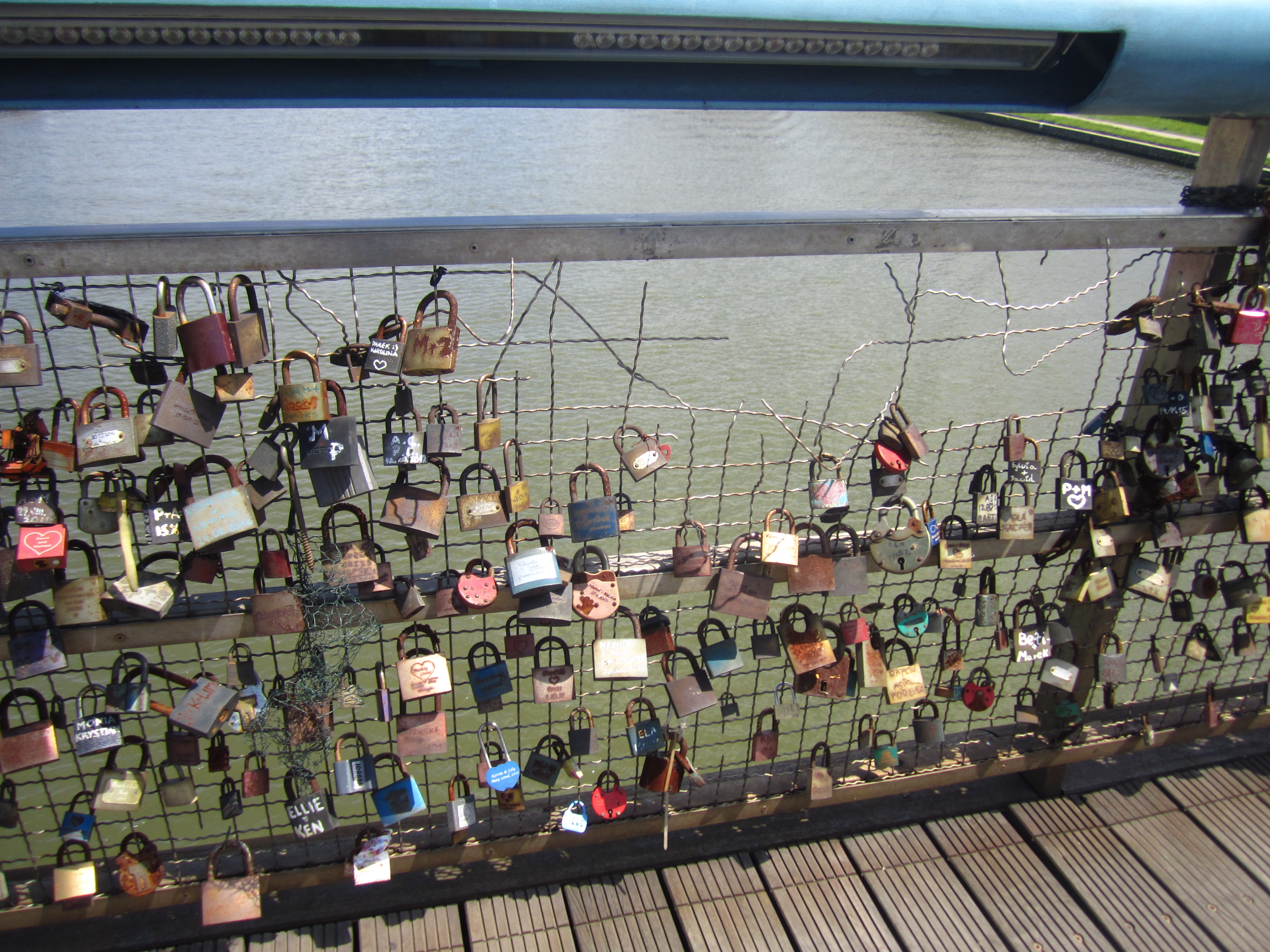 I’m heading back to one of my favourite cities tomorrow for what may be my last chance of a good hostel piss-up, but I’m intending to take it easy as I’m going off to Scandinavia, where I’m going to try and do as much as possible in a small amount of time as it’s very expensive and I am shattered.